As part of SB Nation's NHL Season Preview (coming soon!), we're answering a few of the biggest questions facing the Caps as the new campaign approaches...

1. Who rounds out the top-four on defense?

Mike Green, John Carlson, Karl Alzner, and then... well, it's precisely that "and then" that makes this the single-biggest issue (on paper) facing the Caps right now. John Erskine is the incumbent for the fourth top-four spot, and it sure does look like it's his position to lose - Adam Oates has said that the job is Erskine's, that it's "not even up for grabs," and that he thinks what Erskine brings (read: physicality) is extremely valuable to the club. Indeed, Oates sees an increased role for Erskine in 2013-14... even if he wouldn't disagree that the team could use another top-four rearguard earlier in the summer (and for good reason - Erskine is over-matched in that role).

But, as Oates points out, he can only coach the players he has and the Caps don't have much room under the salary cap to play with, so any upgrade at that spot would either have to come from inside the organization or via trade. Internal candidates include Dmitry Orlov, Jack Hillen and then Cameron Schilling or Nate Schmidt as real dark horses over the course of the season. Caps fans would love for Orlov to be the guy to supplant Erskine, but there's nothing to indicate that he's ready for the job and even less to indicate that Caps' management is ready to trust him with NHL minutes, much less top-four NHL minutes. Hillen has never really been an everyday NHL defenseman, whether due to injuries or performance, and while he played well for the Caps when he returned from injury last year, it's tough to envision him battling regularly with top-six forwards (especially the ones that litter the Metropolitan Division).

So if the Caps are going to improve John Carlson's partner it's going to be through a trade at some point. The Caps have a lot of forward depth, and would need to open up some cap space if they want to add any talent, so the smart money has George McPhee trading from the position of depth to address that spot... at some point. For now, John Erskine appears to be the answer, but he's almost certainly not The Answer.

2. Just how big was the Mikhail Grabovski signing?

The addition of Grabovski cannot be overstated (try as we might). The Caps have been in need of a second-line center for virtually the entire time Ovechkin has been on the team, and the only viable candidates they've had have been in the form of Sergei Fedorov and Mike Ribeiro, both players who were (well) past their respective primes when they joined the Caps. Grabovski is the first time they've had a legitimate second-line center in his prime, and his addition immediately sent ripples throughout the lineup, allowing several players to play in positions for which they are more naturally suited.

How Mikhail Grabovski Fits In On The Capitals 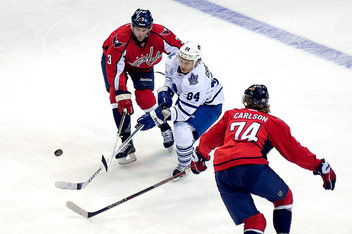 The relatively small addition that should make a big difference

Prior to signing Grabovski, McPhee had stated that Brooks Laich would be the man in the middle on the second line to start the season, but the Caps have tried Laich in a top-six center role several times over the last few years and it's never really worked out (and if it had, those questions about the position would have stopped). Laich slots in better as a wing or, if he has to play center, a third line/checking center. Now, he can be that. Mathieu Perreault looks like he might have the offensive skill set to be the man behind Nicklas Backstrom, but he would probably need sheltered minutes and, in any event, would require a leap of faith to trust that he could handle the increased responsibilities that come with that role (and again... look at the depth down the middle in the Division and decide how comfortable you are with Perreault there). He's better-suited as a bottom-six center. Now, he can be that. Moreover, Nicklas Backstrom is barely a year-and-a-half removed from missing half a season dealing with concussion-related issues. Should he miss any time again, Grabovski could step into that top spot more credibly than anyone else on the roster.

Moving Laich to the wing means that the Caps' left wing depth chart looks something like: Marcus Johansson - Martin Erat - Laich - Jason Chimera. Having Chimera, traditionally a third-line player, and a capable one at that, playing on the fourth line looks like an embarrassment of riches. The depth is even greater on the right wing (Ovechkin - Troy Brouwer - Eric Fehr - Joel Ward), so finally having some depth down the middle, rather than Backstrom and then a bunch of prayers, gives the Caps one of the deepest forward corps in the Metropolitan Division. They may not score like the 2009-10 version of the team, but this looks like the most well-rounded set of forwards the team has had during the Ovechkin Era, and it didn't look like that at all before adding Grabovski.

3. Can Braden Holtby continue his success from last season?

Since virtually day one of his NHL career, critics have been ready for Holtby to fall back to earth... and they're still waiting. He's been referred to as an AHL goalie even after his spectacular play led to the upset of the Boston Bruins in the playoffs in 2012, and onlookers from Pittsburgh to Carolina to Edmonton were incensed when Holtby was invited to Team Canada's Olympic Camp this past summer and their guys weren't... despite the fact that Holtby has the seventh-best even-strength save percentage in the League over the past three years (minimum 2500 minutes) - high marks in a metric that's generally accepted as a good measure of goalies' talent. 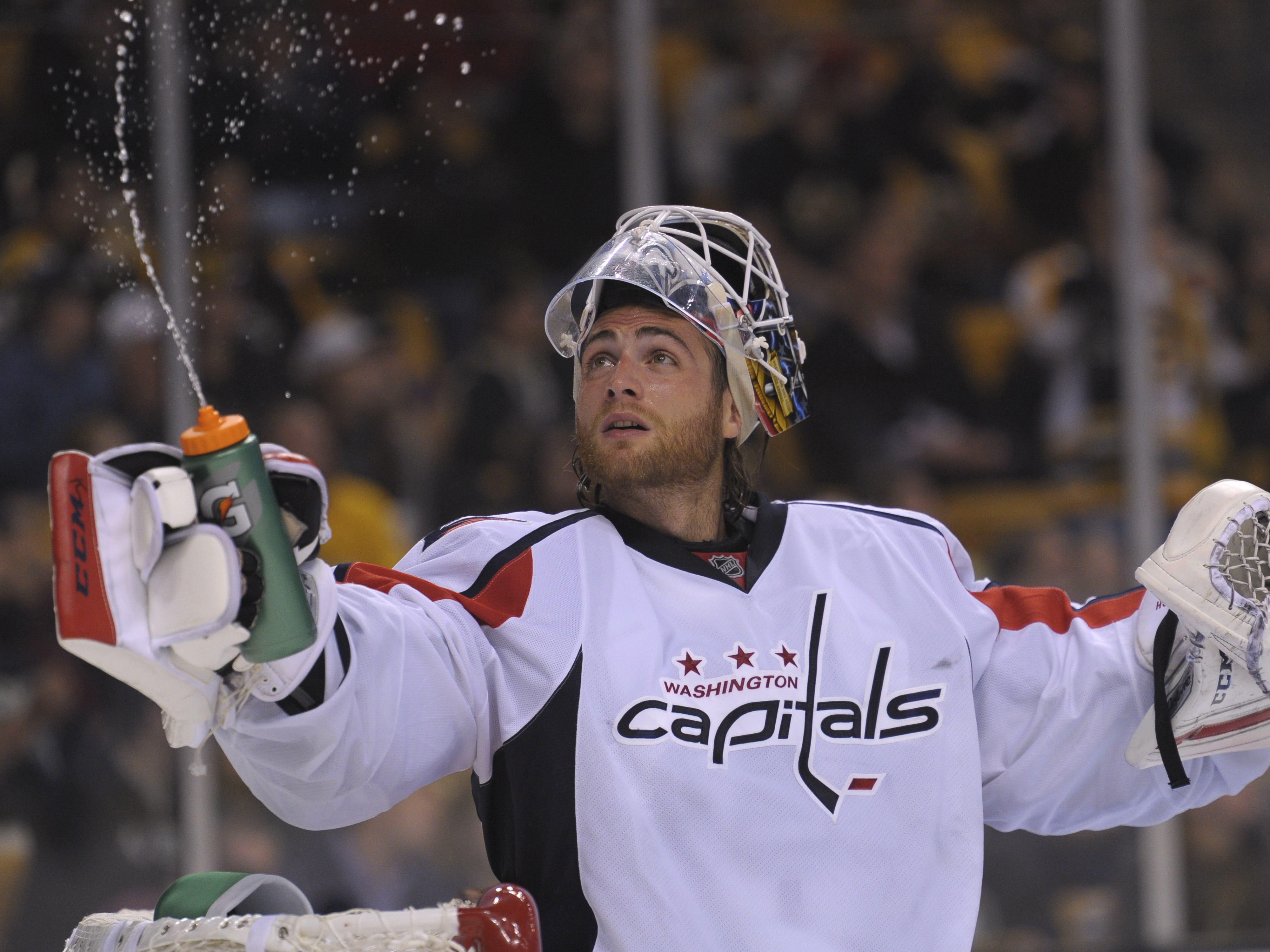 Notwithstanding his performance against the Rangers in the playoffs last year (especially the abysmal showing in Game 7), and the admittedly still-small sample, Holtby's performance appears to be more legitimate with each passing game. There's very little chance at this point, statistically speaking, that he isn't at least an average NHL goalie, and the odds are pretty good that he's an above average goalie. He may not end up being a franchise goalie on par with guys like Henrik Lundqvist or Roberto Luongo, but it's also too soon to rule that out.

He's still young, his game is growing, and now he'll be tutored by the best goalie the Caps have ever had. Caps fans certainly hope that he picks up some tricks from Olie Kolzig (and it's hard not to notice the similarities in their styles and temperaments), and hopefully take the Caps back where only Kolzig has in the past: the Stanley Cup finals. The team is good enough that they don't need him to carry them through the regular season or playoffs, so a solid, reliable performance should be enough to have the Caps battling for home ice in the playoffs, and then make them a tough out once they get there... assuming that Question 1 above gets a better answer by then.