From Alzner to Wilson, we're taking a look at and grading the 2013-14 season for every player who laced 'em up for the Caps for a significant number of games during the campaign, with an eye towards 2014-15. Next up, Joel Ward. 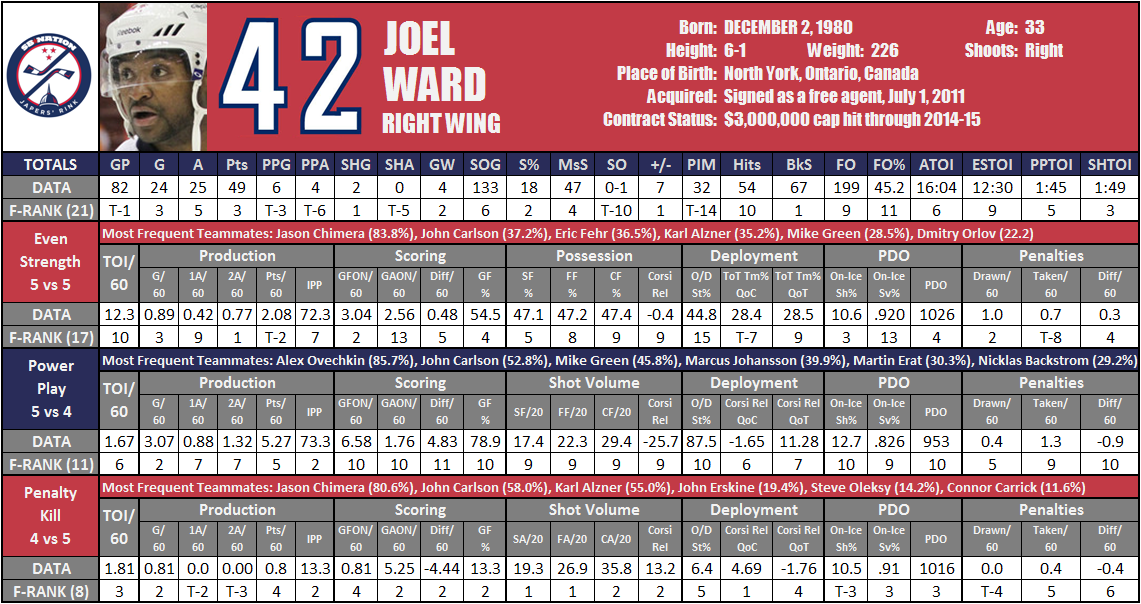 Ward and his most frequent linemates (via Stats.HockeyAnalysis.com) and lines (via our own Muneeb): 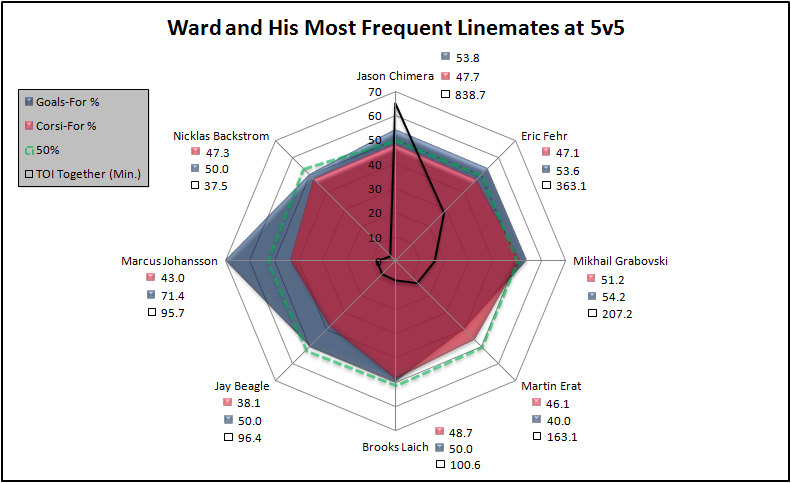 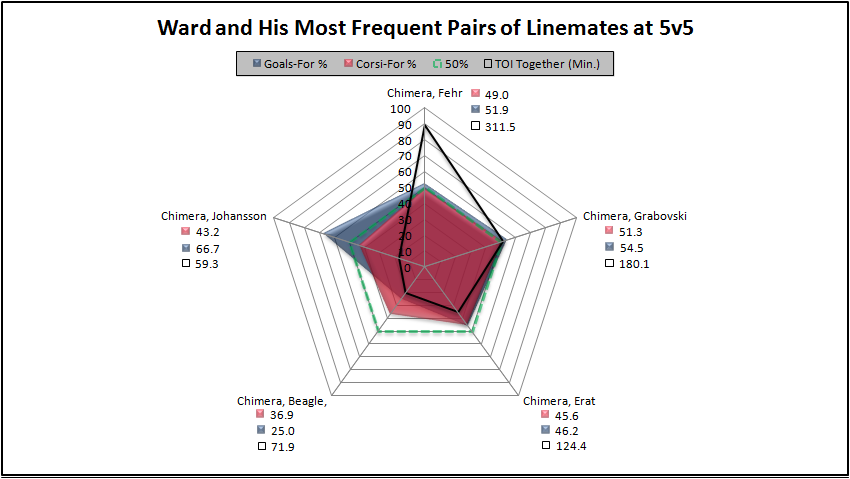 Ward's Past Six Seasons (via Stats.HockeyAnalysis.com): 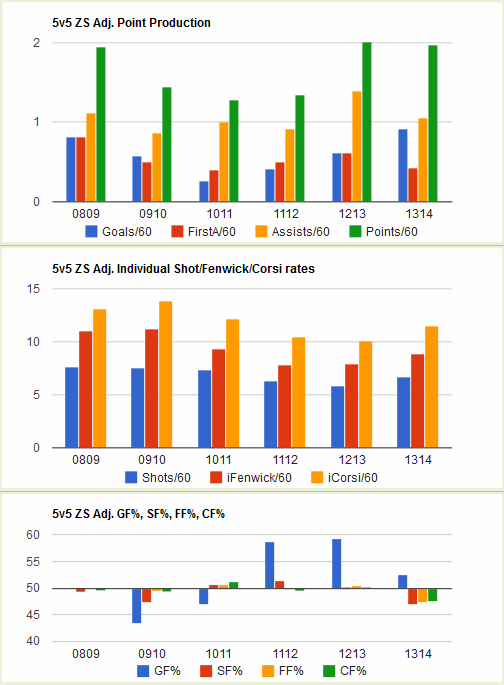 Interesting Stat: Ward led all Caps' forwards in even-strength points at home, checking in with 17 five-on-five points in front of the Verizon Center faithful.

The Good: The terms "career year" and "breakout season" have been used at various times to describe Joel Ward's 2013-14 campaign, and there's no question both are well-deserved. Previously known for his playoff performance, Ward took his show to the regular season this year and became one of the team's most consistent, reliable players in all situations.

Cool Thing that Ward Did

Cool Thing that Ward Did

Ward was one of just seven Caps to play in all 82 games this year, marking the first time in his career that he'd appeared in every game of a season, lockout-shortened or otherwise. He made the most of those 82 games, as well as all he did along the way was demolish his previous career-highs in the following categories: goals, assists, points; even-strength goals, assists and points; power-play goals, assists and points... are you sensing a trend here? He also tied his career high with eight multi-point games, including three games in which he had three points, tied his career high with two shorthanded goals (both totals hit back in 2008-09) and registered his first career hat trick on November 1 against the Flyers.

This season marked the first time that Ward cracked the 20-goal mark, his 24 goals ranking third on the Caps behind Ovechkin and Troy Brouwer. It was the first time he had at least 20 goals in a season, and the first double-digit goal total of his Caps' career, as well as the first time he topped 12 assists as a Cap. His goals- and points-per-60 at five-on-five were the highest rates of his career, and the 19 assists he scored at five-a-side were tied with Marcus Johansson for second among forwards, one behind Jason Chimera's team-leading 20.

His 54.5% goals-for percentage ranked fourth among Caps' forwards (and second among forwards who played in at least half the season) - that, as well as his high offensive production and every other awesome stat he put up, is particularly impressive considering that he started just 44.8% of his shifts in the offensive zone, the second-lowest among Caps' forwards behind only Chimera.

The Bad: Ward isn't exactly known as a guy who takes a lot of penalties (in the regular season, at least...too soon?) but relative to his usual time in the penalty box, he had a somewhat undisciplined year this year with 32 PIMs - which equals his PIM total of his last two seasons combined.

And while he scored a lot of goals, and generally more than the other team scored when he was on the ice, he also logged the lowest Corsi-for, Fenwick-for and shots-for percentages of his career (of course, considering his usage and his role, that's somewhat understandable). He went cold in January (relatively speaking), with just three goals and seven points, and a season-high six-game pointless streak in the middle; considering how crucial he was to the Caps' offense, it's not surprising that this streak coincided with the team's season-long seven-game losing streak (even if he was hardly the team's biggest problem during that skid).

And of course, he led all Caps in times locked in a bathroom stall with one... although considering the magical story that unfolded on Twitter and the legend it created, perhaps that's better left for the "good" column.

As we've already established, Ward had a career-year as far as offense is concerned - but he also was among the team leaders in awesome (and often hilarious) celebrations. Here is just one of the many, in which he decides that Philipp Grubauer's head is getting too warm and could use a breather. Hats off to you, Joel.

The Discussion: This was easily Ward's best season as a Cap and of his career - so where can he go next season? Is his performance in 2013-14 sustainable at any level, or just the product of some good chemistry and an inflated shooting percentage? Prior to this season, Ward's best offensive years were in Nashville under Barry Trotz; do you think the Caps' new head coach can keep Ward rolling? What would it take for him to earn a 10 next year?