Nicklas Backstrom: You Don't Think of Them as Teammates

Share All sharing options for: Nicklas Backstrom: You Don't Think of Them as Teammates

Team Sweden's training camp is off and running in Gothenburg, with the Caps' own Nicklas Backstrom gearing up for his first international competition since the Sochi Olympics. Patrik Bexell spoke with Backstrom after today's practice about Sweden's style of play and facing his Washington teammates.

How was practice? It was a bit more intense today, better tempo?

It was a step up from yesterday, but still we have a lot to improve and learn here; a new system really. Therefore there might not be action the whole practice through. We have to think about how we position ourselves and things like that. It felt better. 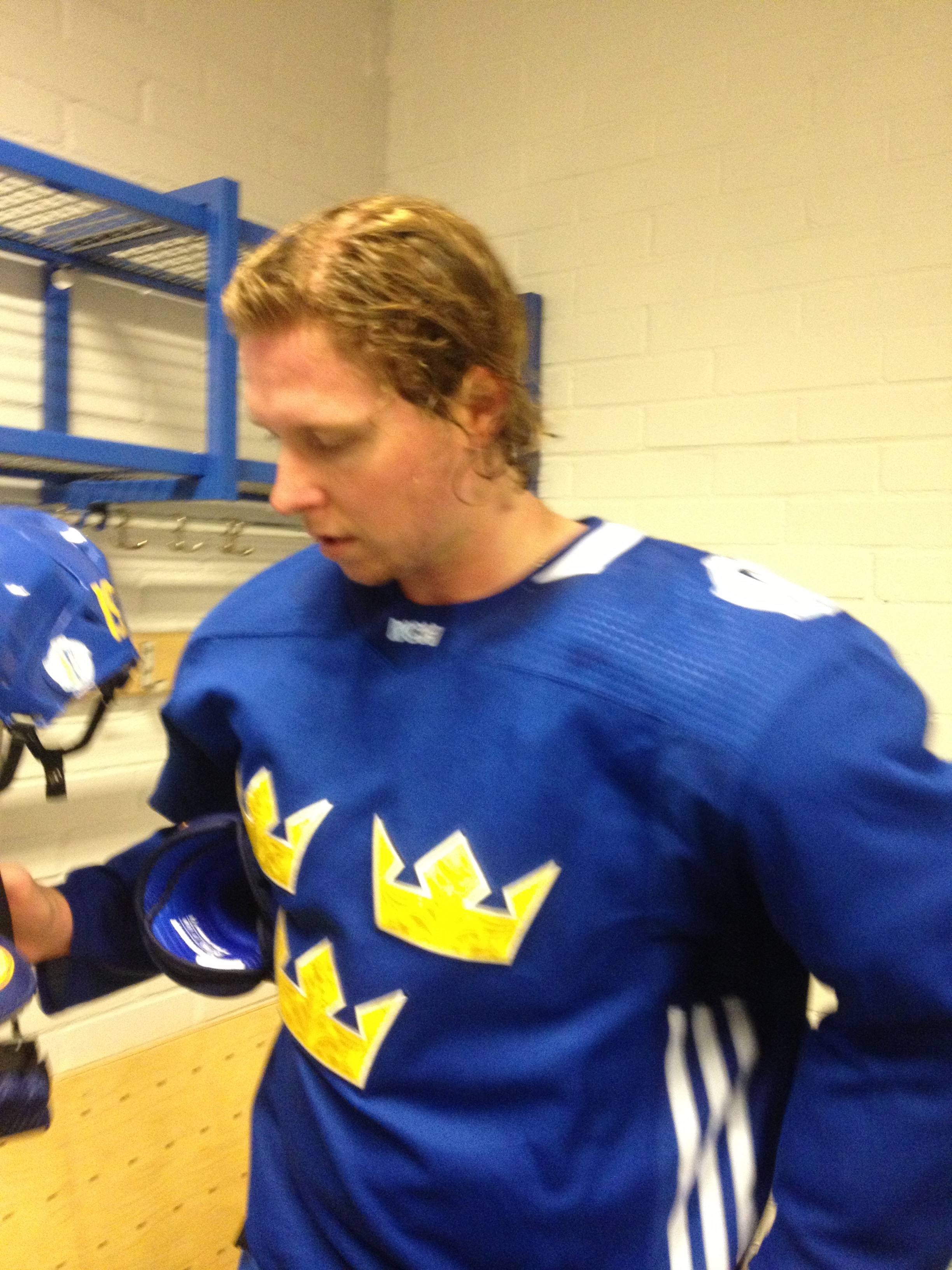 Can you, in a simple way, describe the system you'd like to play?

We want to be a puck possession team first and foremost. When we don't have the puck we need to be active with our forecheck and recover the puck early. But also, we can't just charge ahead and leave us open at defence. We have to practice all of it, there are three zones and we have to play well in all of them.

You have Russia in the opening game, on the 18th of September, what are your thoughts on that game? It will obviously be pretty special for you, as you have three teammates on the Russian team.

It will be a fun game, Russia is incredibly talented [and has] a lot of speed. We have three games coming up to get ready for the show [Finland away on the 8th of September, home on the 10th, and Team Europe in Washington on the 14th] and we have to do all we can and we have get better every day. I hope it will be a great game, they have an amazing team too.

It will only be fun and positive to play against them, but right now you don't think of them as teammates. I am playing for Sweden and right now that's all that counts.

You haven't spoken at all?

Did you decide this, or did it just happened this way?

We didn't speak about it during the season and then we were knocked out and I didn't see him after that. It might be for the best at the present.

How important is it to win that game, as I understand bragging rights are important in the locker room?

It's important to win all games, it doesn't matter who is on the other side. The round robin is short and you can't afford a slip up.

Be sure to follow Patrik on Twitter, @Zeb_habs, for more updates from Europe now and throughout the season!

Players have the World Cup logo and their NHL team logo on the back of their helmets. This is Backstrom. #WCH2016 pic.twitter.com/Oz5u4k0dYL