That Time When the All-Star Game Came to DC

With the festivities about to commence in Columbus, we look back at the first - and as yet, the only - time the DC area played host to the All-Star Game.

Share All sharing options for: That Time When the All-Star Game Came to DC

By the beginning of 1982, the Washington Capitals had managed to climb out of the League's basement a bit, shaking off those first few years when wins barely cracked double digits (if at all) - but there still wasn't much to cheer about for Caps fans, now in their seventh season of suffering.

After narrowly missing the playoffs the year before (and again the year before that), the 1981-82 season kicked off with a resounding thud as the team proceeded to lose 14 of its first 16 games. Still months away from a draft pick and a trade that would change the course of the franchise, things in DC were bleak.

But in February, the League gave the fans a little something to cheer about when the old barn in Landover, Maryland played host to the 1982 All-Star Game. 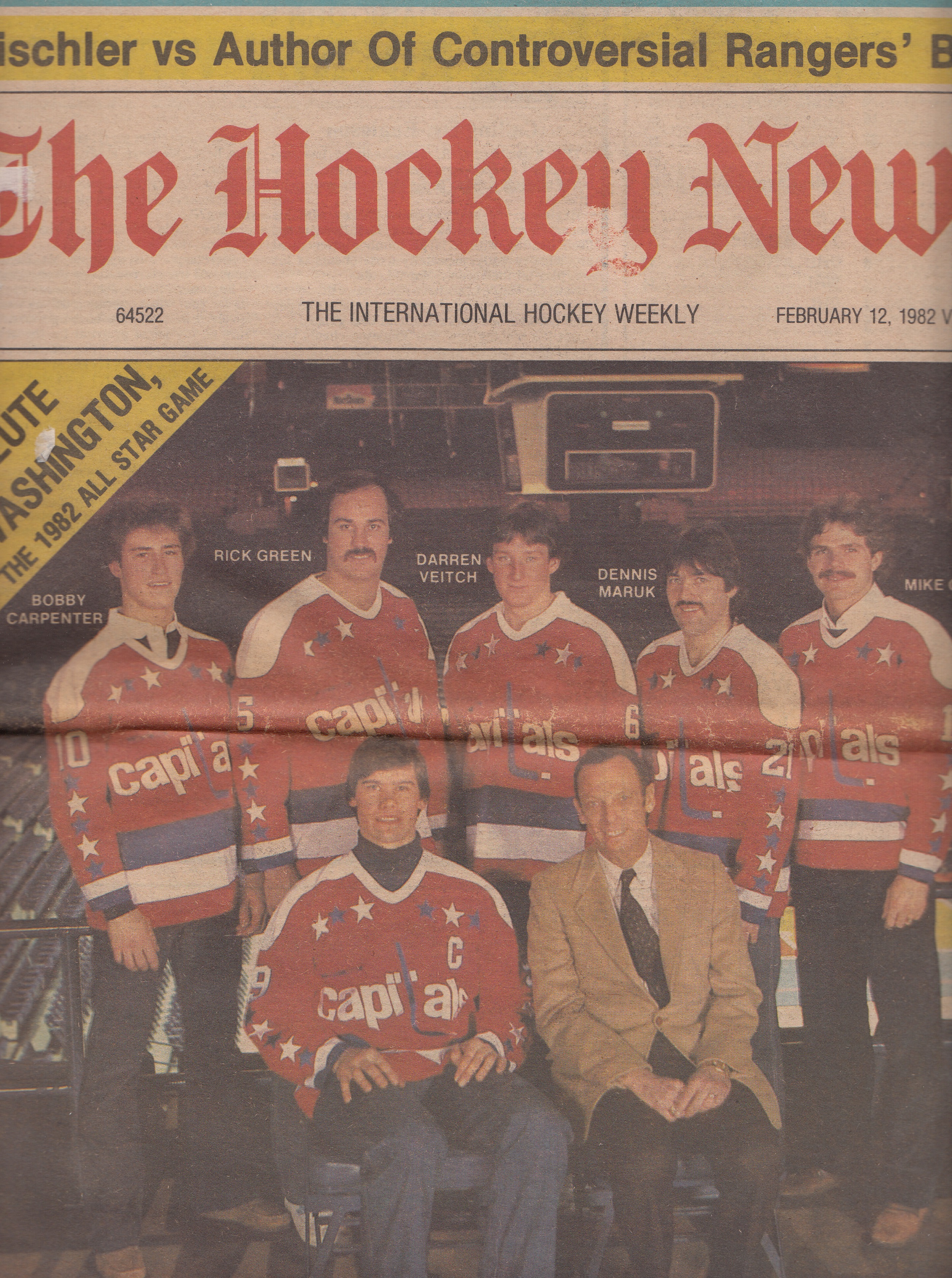 The game pitted the Wales Conference, home of the Washington Capitals and their Patrick Division rivals, against the Campbell Conference, with rosters that contained a plethora of future Hall of Famers.

Guys like Ray Bourque, Larry Robinson and Rod Langway patrolled the blueline; Dino Ciccarelli, Peter Stastny and Denis Savard were tasked with the offense. And Mike Bossy and Bryan Trottier, fresh off their second Stanley Cup win (and just a few months from their third), faced off against a baby-faced core of Edmonton Oilers like Mark Messier, Paul Coffey and Wayne Gretzky that would go on to win four of their own in a few years.

The lone representative for the hometown Caps was Dennis "Pee Wee" Maruk, who was in the process of shattering personal and franchise records. A well-deserving choice from the host city, Maruk was given a hero's welcome by the sellout crowd of 18,130:

Cheers and chants for Maruk and Gretzky, lusty boos for every Ranger, Islander, Flyer, and Penguin... and that hair. So much hair. Ah, the 80s.

Here's what Maruk had to say about the experience (via Glenn Dreyfuss' always awesome Legends of Landover):

I was the last guy introduced. The place erupted with applause, a standing ovation. It was great to see that we did have a lot of fans in Washington. It sent chills down my spine. I was so happy my mom and dad were there to see it.

A lot of players are fortunate enough to play on a Stanley Cup winner. I wasn't one of them. But with the reception I got from the fans that day, I consider that my Stanley Cup. That's the game I'll never forget.

For local fans wanting to take in the game, the only option was to attend in person - and if you want to see just how much times have changed in 33 years, check out what it cost to do that (via Mike Vogel):

Tickets for the 1982 All-Star Game cost $17.50, $14 and $10. A few seats were still available as of the night before the game. Parking was $2.50. There was no local television coverage of the game or any of its satellite events. The morning skates of both teams were held at Capital Centre and were open to the public at no charge.

The game itself, well... it was fairly tame, considering the firepower on the ice for each team. Just six goals were scored between the two teams, two of them by Bossy, who earned the game's MVP honors. It also featured some milestones, with Gretzky scoring his first-ever goal in an All-Star Game and Maruk's assist on Bourque's goal representing the first All-Star point for a Capital. All told, 15 different players registered a point in the 4-2 victory for the Wales Conference, an amazingly low score considering how high-flying the offense was in the 80s; in fact, no All-Star Game since has featured so little offense.

Once the excitement of the game was in the rearview mirror, the Caps continued to stumble through the rest of the 1981-82 season and finish outside of the playoff picture yet again - but it would be the last time they'd do so for the next 14 years.

As for the Caps' All Star Dennis Maruk, he'd finish the year with franchise records in goals (60), assists (76) and points (136)... two of which still stand today, and will likely continue to do so for the foreseeable future.