From Alzner to Wilson, we're taking a look at and grading the 2013-14 season for every player who laced 'em up for the Caps for a significant number of games during the campaign, with an eye towards 2014-15. Last (but not least) up, Tom Wilson. 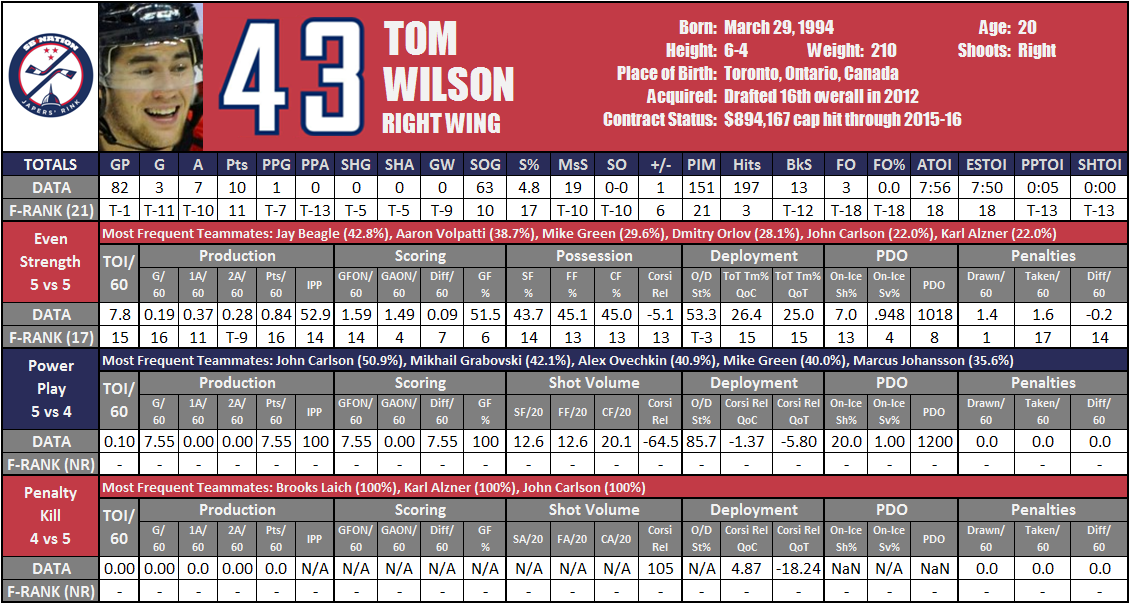 Wilson and his most frequent linemates (via Stats.HockeyAnalysis.com) and lines (via our own Muneeb): 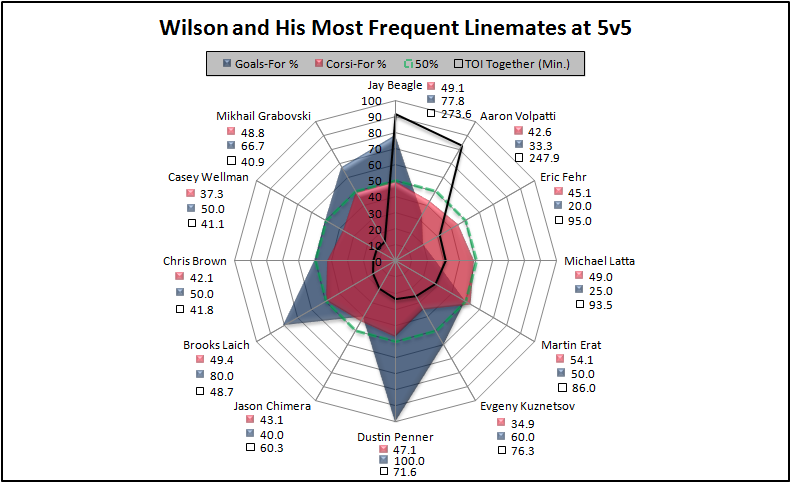 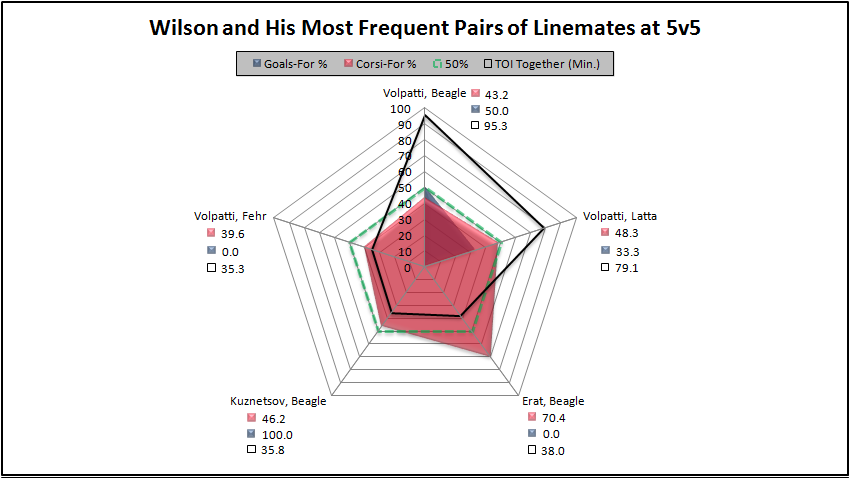 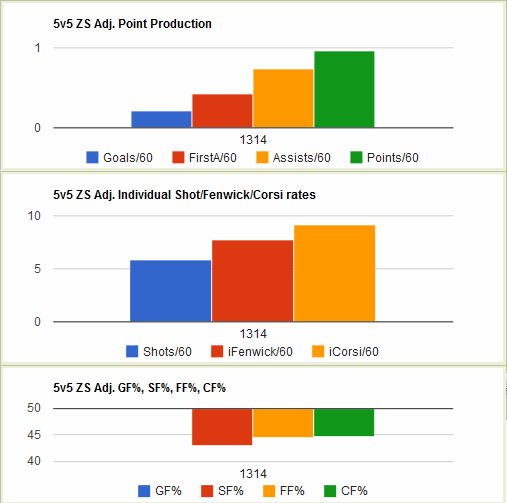 Key Stat: Wilson's 7:56 of ice time per night was third-lowest in the League among rookies who played at least half of their team's schedule, placing ahead of only Edmonton's Luke Gazdic and Winnipeg's Anthony Peluso.

Interesting Stat: Wilson finished fifth in the League in fighting majors with 14, just two shy of the Caps' total from the lockout-shortened 2013 season.

Is Tom Wilson The Missing Piece?

Comparing Tom Wilson with Bruin bruiser, Milan Lucic, and a look at the impact his arrival in D.C. might have on the organization.

Is It Time for a Bigger Role for Tom Wilson?

It's been a tough freshman campaign for the big winger, but is he ready for more ice time?

Is Tom Wilson The Missing Piece? Is It Time for a Bigger Role for Tom Wilson?

The Good: One of nine Caps to make his NHL regular-season debut during the campaign (after appearing in last year's playoffs), Wilson played all 82 games in 2013-14... and yet ended up playing fewer minutes than teammates Jay Beagle, Martin Erat and Brooks Laich, all of whom played between 20 and 31 fewer games for the Caps. The shifts he did get, though, were played about as rough-and-tumble as one could imagine, as Wilson finished third on the team in hits (just a baker's dozen behind Troy Brouwer in well under half as many minutes) and racked up 151 penalty minutes, the fourth-most for a rookie forward since the 2005 lockout. Reasonable minds could differ on how much of that really belongs in "The Good," but Wilson brought an edge to the Washington lineup that it hasn't had in some time, and that's why what appeared from the outside to be a difficult decision regarding whether to send Wilson back to Juniors ended up being a no-brainer.

Wilson played well early on skating with Beagle or Michael Latta and Erat (his Corsi-For percentage was a tick above 54% with Erat in 86 minutes), and showed flashes of the skill that might develop from the still-raw (barely) 20-year-old as the season progressed. The big question now is what to do with Wilson, as fourth line minutes are probably no longer what's best for his development... if they ever were.

The NHL decided not to suspend Tom Wilson for his hit on Brayden Schenn - a look at why it was the right call... and the wrong one.

The Bad: Despite favorable deployments (well, other than that most of them involved skating alongside Beagle and Aaron Volpatti), Wilson's possession numbers were bad, and if not for tremendous goaltending behind him (.948 five-on-five save percentage), things would've been even uglier. Production-wise, after scoring his first goal on November 5, Wilson went 42 games before scoring his second, most of which overlapped with a 41-game stretch during which he registered just 15 shots on goal. Small minutes or not, that's simply not enough contribution.

And then there was Wilson's occasional over-exuberance, borderline decisions and hits that toe the line between intimidation and earning a reputation that might not be desirable down the road. His hit on Brayden Schenn (see sidebar) was one example of several. On the one hand, you can hardly blame the kid for trying to make an impact in the limited minutes he was given, and, as noted above, the element he brings to the Caps is what led Alex Ovechkin to refer to him as the "kind of piece we've been missing." On the other hand... I dunno, go over that line enough times and the calls start going the wrong way and perhaps it gets to a point where teammates have to answer for Wilson's actions.

On the whole, Wilson's physicality is a net positive, but he needs to be careful (if not for the sake of his team, then at least for his own brain) and he needs to bring more game to the ice - teams don't spend mid-first-round picks on goons.

We could have easily gone with his last goal of the season (but we used that in Evgeny Kuznetsov's Wrap) or the Blue Jacket bowling pins, but instead we'll go with Wilson's first NHL point - a hard drive to the net, persistence, and a perfect pass while seated and drifting. Ho-hum.

The Discussion: Was keeping Wilson in Washington for 2013-14 the right move? What role should he play in 2014-15, and what roster moves might need to be made to accomodate? Does he need to fight less? What would it take for him to earn a 10 next year?