From Alzner to Wilson, we're taking a look at and grading the 2013-14 season for every player who laced 'em up for the Caps for a significant number of games during the campaign, with an eye towards 2014-15. Next up, Aaron Volpatti. 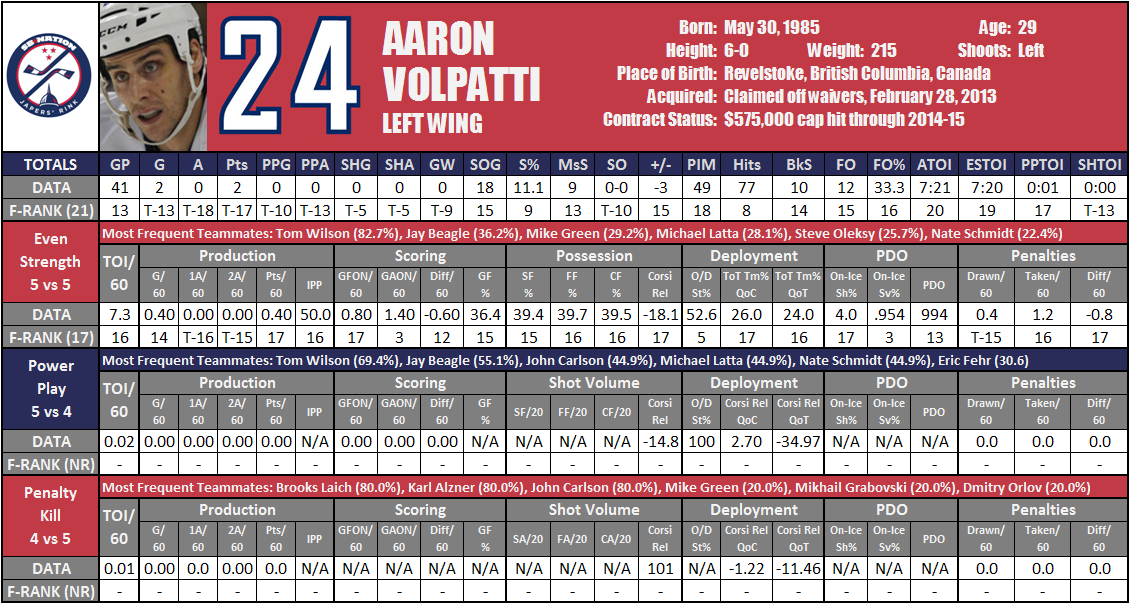 Volpatti and his most frequent linemates (via Stats.HockeyAnalysis.com) and lines (via our own Muneeb): 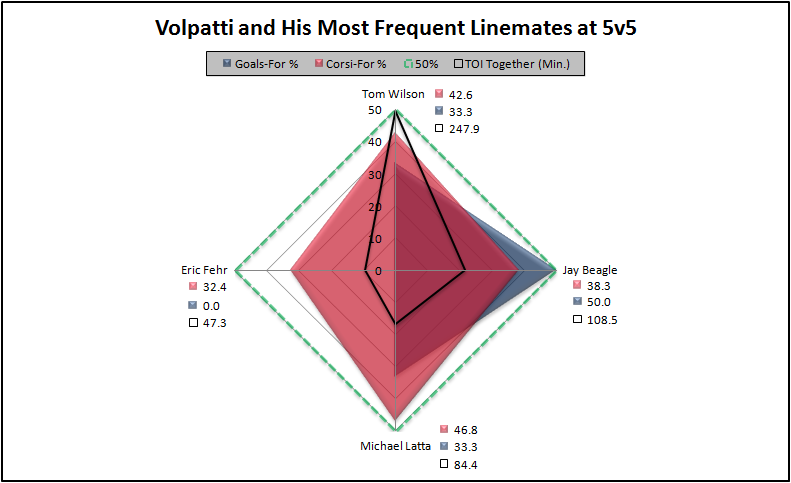 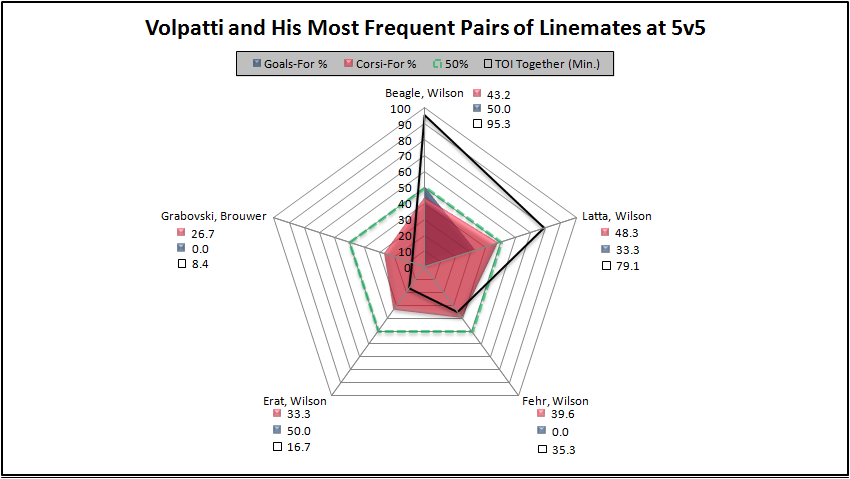 Volpatti's Past Three Seasons (via Stats.HockeyAnalysis.com; note: only years with more than 250 minutes of ice time are shown.): 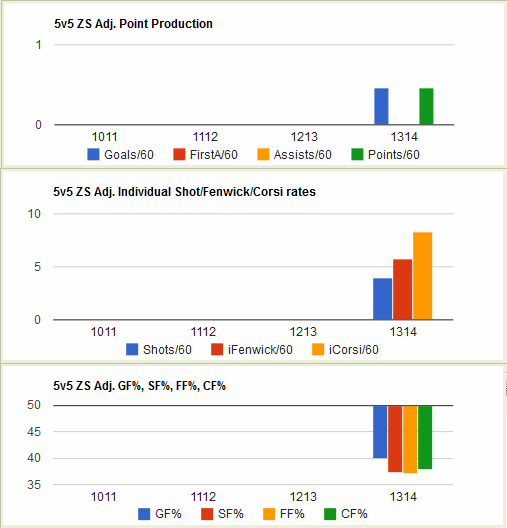 Key Stat: Aaron Volpatti spent about 83% of his time on ice with one of the Caps best young prospects in Tom Wilson. You'd think the squad might want to give their blossoming stud a fighting chance, but apparently Volpatti's skillset (elaborated upon below) was as complementary as they could find...

Interesting Stat: Admit it, before the season you had Aaron Volpatti pegged for third best 5v5 shooting percentage on the team. His 11.1 shooting percentage at 5v5 was eclipsed only by Joel Ward's 14.7% and Mikhail Grabovski's 12.1%. So why wasn't this guy playing on a line with Nick Backstrom?

The Good: Well, sure it's a stretch, but how about Volpatti coming in second (behind one Alex Ovechkin) in on-ice goal share, with 50%? Granted, only four 5v5 goals were scored when Volpatti was on the ice all-year long, but it'd be awful cruel to hold that against the black-eyed grinder when there's so precious little from which to choose.

Alright, that's a real cheapie, unlike this Volpatti-delivered knuckle-sandwich to the brainhouse of Steve Downie. We'll go with this for "the good", because Downie.

The Bad: Volpatti championed the possession caboose for the squad this year, pulling into the barn with a wince-worthy 39.5 Corsi-For percentage. Say it with us now: WOOF! But those are just measly shot attempts! True. But his Goals-For Percentage - 36.4 - was even worse, despite the fact that he received the best goaltending on the team.. In fact, only Ovechkin (c'mon man) and linemate Jay Beagle boasted sadder GF percentages. And it'd be one thing if these impressively ugly numbers came as a result of Volpatti lining up against the league's elite, but the sad reality is the opposite is true. No one on the team saw easier competition than Volpatti (as measured by TOI%).

And you'd think a guy like Volpatti might get hemmed into a healthy diet of defensive zone starts, even further skewing these types of metrics. Wrong. Volpatti saw a greater percentage of offensive zone starts than Grabovski, Marcus Johansson, Martin Erat, Troy Brouwer, Eric Fehr, and Ward. And whatever volumes this information speaks to Volpatti's usefulness in a professional hockey sweater, how much louder does it speak to Adam Oates's deployment decisions?

Oh, and his penalty differential (drawn minus taken) at fives was the worst on the team, rate-wise. It's hard to sugar-coat Volpatti's season... so we won't - Volpatti (in 2013-14, at least) showed himself to be a fringe NHLer, a fourth-liner who didn't play special teams and played poorly at fives. It's hard to find a less useful type of player in the League.

The Discussion: What role does Aaron Volpatti play on the Washington Capitals? What role should he play? Are his shortcomings a result of usage, situation, or genuine inability to contribute meaningfully at the NHL level? What would it take for him to earn a 10 next year?