From Alzner to Wilson, we're taking a look at and grading the 2013-14 season for every player who laced 'em up for the Caps for a significant number of games during the campaign, with an eye towards 2014-15. Next up, Michael Latta. 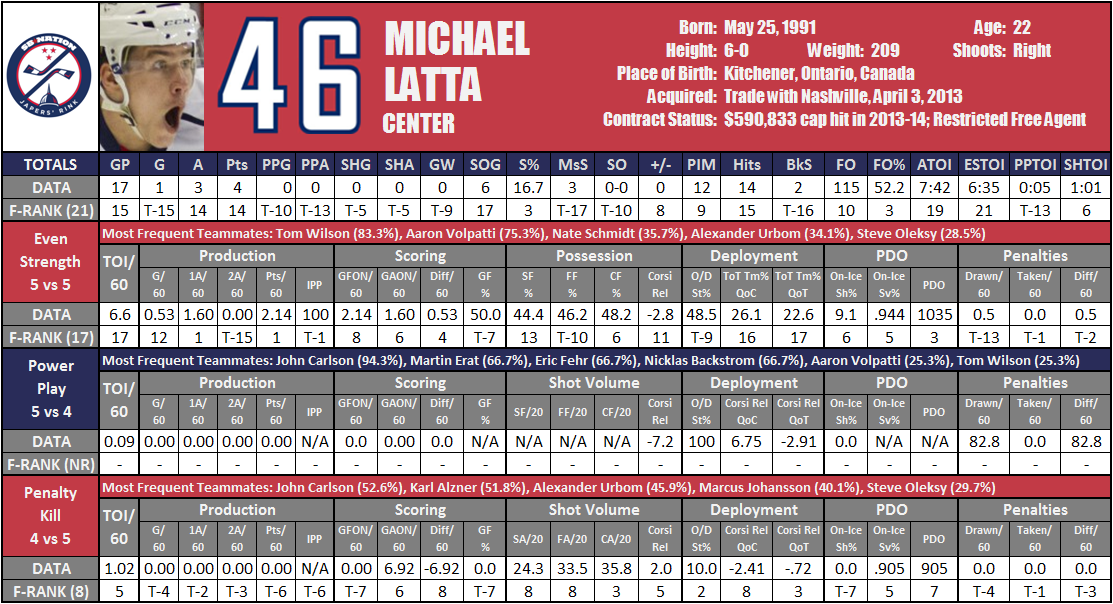 Latta and his most frequent linemates (via Stats.HockeyAnalysis.com) and lines (via our own Muneeb): 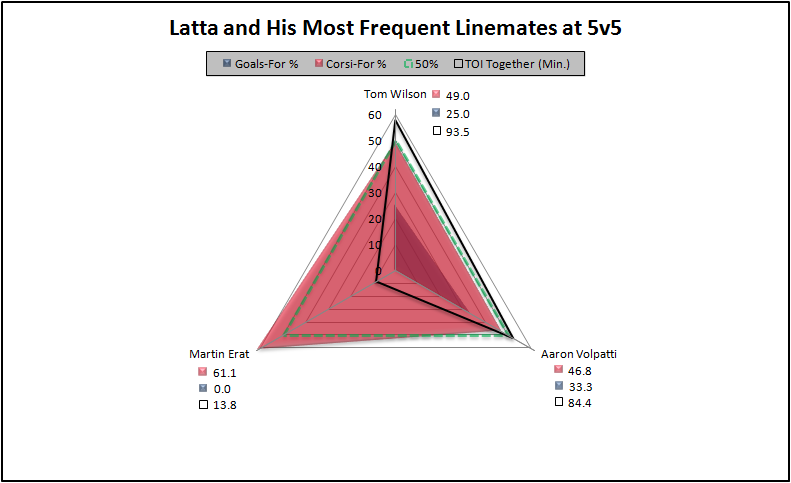 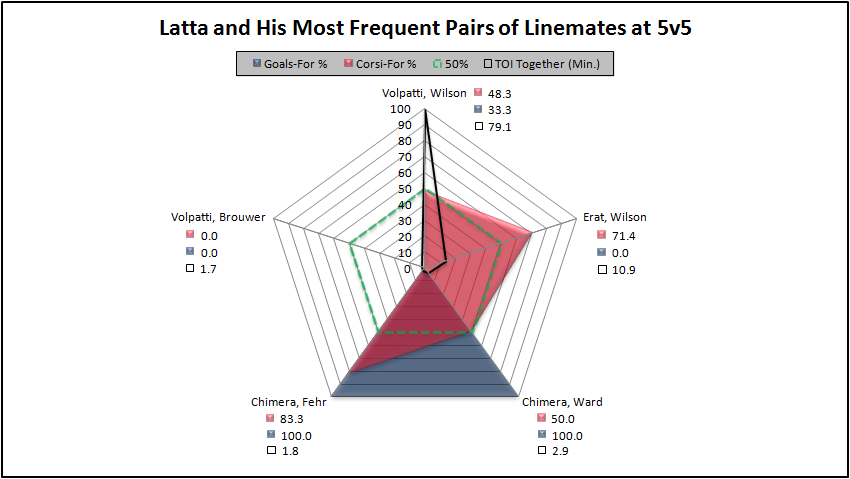 Key Stat: Latta made his NHL debut on opening night in Chicago and played 17 games for the big club before spending the 2014 portion of the campaign in Hershey.

Interesting Stat: Latta made the most of his limited minutes in Washington, leading the team in five-on-five scoring rate.

The Good: Latta was one of two pieces delivered to Washington in the now infamous Filip Forsberg deal at the 2013 NHL Trade Deadline, and with Martin Erat no longer in town, Latta represents what's left of the trade's return. And while he was merely an innocent bystander to the whole fiasco, the expectations and legacy that come with being a part of that transaction are tough to shake.

But the now 22-year-old center (23 next week) made the Caps' opening night roster, and acclimated himself pretty well to the NHL game early on. Latta registered his first point and first fight in The Show against Florida on November 2 - picking up a primary assist on John Carlson 's second period tally and dropping the gloves with Marcel Goc after the Washington forward elbowed  Tomas Fleischmann (that the fight preceded the point had to make the score sheet first all that much sweeter). Nearly two weeks later, Latta potted his first NHL goal (more on that in a bit).

Latta also showed some proficiency as a penalty killer and as a face-off man in limited work, two roles in which he's likely going to have to contribute in the future if he's going to be part of this team's plans.

The 2009 third-round pick would finish the hockey season with the Hershey Bears where he tallied 34 points (14 goals and 20 assists) and 134 PIM (10 fights) in 52 games, winding up third on the team in points-per-game and hinting at some modest offensive upside (then again, David Steckel was a 30-goal scorer in the AHL).

Washington (unfortunately) knows that Erat represented the majority of the Capitals' return on Forsberg, but Latta has shown an ability to succeed with offensive players in the past, recording over a point per game average across five OHL seasons. He hasn't demonstrated close to that level of output since turning pro, unsurprisingly, but the Caps would obviously love to see some offensive production as Latta finds his NHL game and comfort level. Latta's willingness to crash the crease and bang bodies is a great place to start in his battle for ice time next year.

The Bad: Latta would miss time in December and January with a lower body injury and the Capitals placed him on Injured Reserve on December 17th to make room for Casey Wellman. The injury would end Latta's 2013-2014 NHL season and hinder his AHL campaign as well.

Washington will be looking for a healthy and hungry Michael to report to Training Camp in September and compete for a slot within the bottom-six grouping of forwards. It might take some more time with the farm club to start the year or an injury, but Latta can make the new General Manager's choice a tough one with a strong showing in September.

With the Caps entering the third period down a pair of goals on the road in Detroit back in mid-November, things looked grim. But a goal from The Captain cut the lead to one, and then Latta, with his nose for the net and a bit of luck, tied the contest... and he might have been the most surprised guy in the building.

The Discussion: Should Latta be a full-time NHLer next season? If so, how can he contribute to the team's success? What would it take for him to earn a 10 next year?