At long last, Evgeny Kuznetsov has arrived in DC and poised to begin his career as a Washington Capital.

It's official: after the waiting and wondering and false hope, Evgeny Kuznetsov is finally a Washington Capital.

The 21-year-old forward has agreed to terms on an entry-level contract with the Caps, putting an end to four years of uncertainty and questions that have left many of us wondering if he'd ever get here.

Kuznetsov, 21, played in 31 games with Chelyabinsk Traktor of the Kontinental Hockey League (KHL) this season, recording 21 points (eight goals, 13 assists) and 12 penalty minutes. The 6'3", 200-pound center ranks fourth on the team in points and assists. Kuznetsov led Chelyabinsk in scoring in each season from 2010-13 and finished tied for sixth in the league in scoring (44 points) last season. Kuznetsov was named to the KHL All-Star game in 2012.

Kuznetsov represented Russia at the World Junior Championships three times (2010, 2011, 2012), earning a gold medal in 2011 and a silver medal in 2012. During the 2011 tournament, he recorded 11 points (four goals, seven assists) in seven games, including three assists in Russia's 5-3 win over Canada in the gold medal game. Kuznetsov finished tied for second in the tournament in points and was named a First Team All-Star. Kuznetsov served as captain of the Russian team at the 2012 World Junior Championship. He recorded 13 points (six goals, seven assists) in six games and collected First Team All-Star, Best Forward and Most Valuable Player honors at the tournament.

In 210 career regular-season KHL games with Chelyabinsk, Kuznetsov has recorded 146 points (65 goals, 81 assists) and 124 penalty minutes. The Chelyabinsk, Russia, native was drafted by the Capitals in the first round, 26th overall, in the 2010 NHL Entry Draft. Kuznetsov will wear No. 92 with Washington.

Drafted in 2010, Kuznetsov has spent the last five seasons playing for Chelyabinsk Traktor of the KHL and is considered by many to be one of the best hockey players not in the NHL... of course, the fact that he hasn't been in the NHL yet, four years after being drafted, is likely one of the main reasons the Caps were able to draft him in the first place.

Among the more talented members of his draft class, he nonetheless fell to 26th in the 2010 NHL Draft in large part because teams feared he wouldn't come to the NHL. When the Caps selected him on June 25, 2010, Kuznetsov had just completed his rookie season with Traktor, putting up nine points in 37 games (two goals, seven assists) as well as a goal in four playoff games that year. He was also freshly signed to a new two-year deal that would keep him in Russia through the 2012 season - at the time, a seemingly insignificant span considering how stacked the Caps' roster was with forward talent. 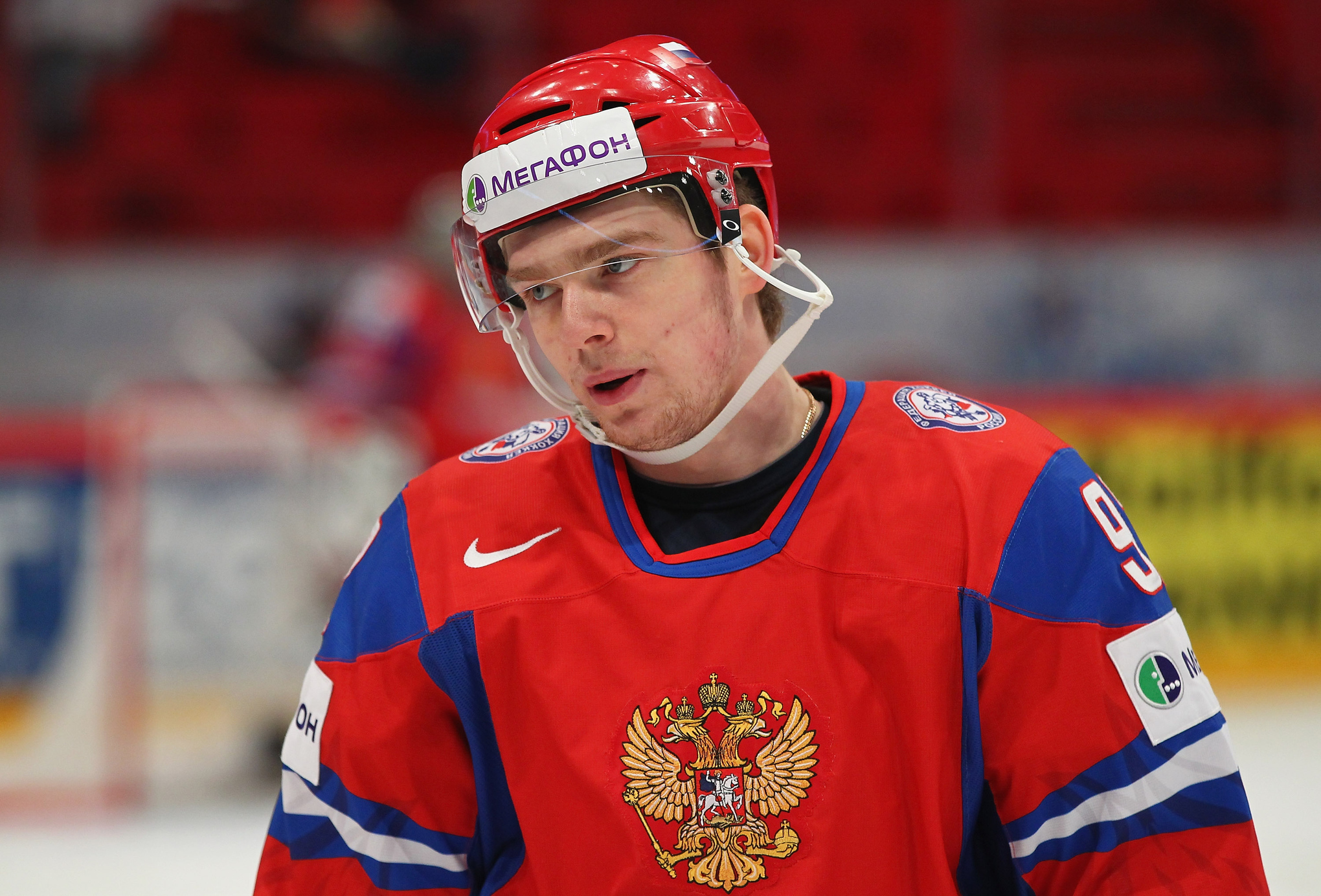 But as his two-year contract came to a close, word started to trickle out of Russia that Kuznetsov wasn't quite sure about kicking off his NHL career. Then the back and forth in the media began, with his agent saying one thing and Kuznetsov saying another, building up hope that the start of his restricted free agency would mark the end of his time in the KHL... that is, until he inked a new deal to stay with Traktor for another two-year stint, once again delaying the time when he'd pull on a Caps jersey for something other than rookie camp.

While he likely had a number of reasons for wanting to stay, the lure of a spot on the Olympic team was surely at the top of the list. Back in February of 2012, KHL President Alexander Medvedev spoke to Puck Daddy's Dmitry Chesnokov about Russian Olympic hopefuls:

"[P]layers also have to have a good head on their shoulders to realize that leaving before the Olympics is not to their advantage. It is obvious that after the Olympics their value and influence is going to be a lot higher regardless of who will actually win the Olympics."

Ultimately Kuznetsov was left off the Russian Olympic team (something for which he might have been grateful, after seeing what happened to them) - just one more setback in a season that saw his production reduced and his season shortened thanks to some injuries. As noted by Corey Pronman:

"Kuznetsov's play has tailed off a bit this season, perhaps due to injuries and what one Russian scout feels was an attempt to rush him back too quickly. Kuznetsov is still a very good prospect with dynamic talent, but there's a little more risk on his projection than this time last year."

Traktor would go on to be eliminated from playoff contention earlier this week, but bad news for Traktor would turn out to be good news for the Caps.

Back in January, Kuznetsov stated that the 2013-14 season would be his final one in the KHL - exciting news and yet even then, after all of the false starts and ups and downs, it was hard not to be in "we'll believe it when we see it" mode. On March 4, the KHL season officially came to an end; two days later, it was announced that the remainder of Kuznetsov's contract (set to expire on April 30) had been terminated. It appeared as if, at last, Kuznetsov was headed to DC.

What Evgeny Kuznetsov Did "Wrong" The Capitals' Top 25 Under 25

Now here he is, contract in hand and a shiny new jersey to wear - the next Capital, four years in the making. And while high expectations should be tempered as he gets set to make his debut... it's hard not to get a little excited to finally see the elusive forward in action, to see what the best player not in the NHL has in store for us once he finally gets there. 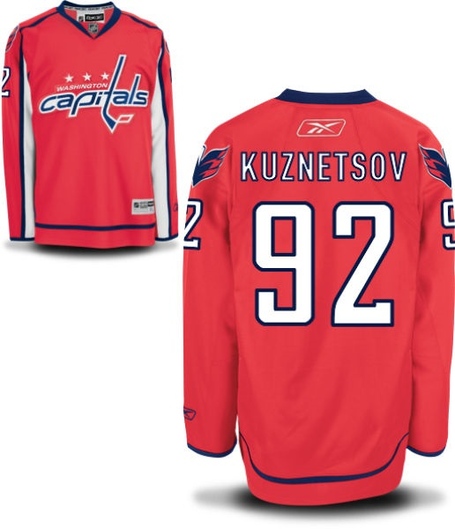