The Noon Number: Not So Special

A look at a primary culprit for the Caps' recent skid

Share All sharing options for: The Noon Number: Not So Special 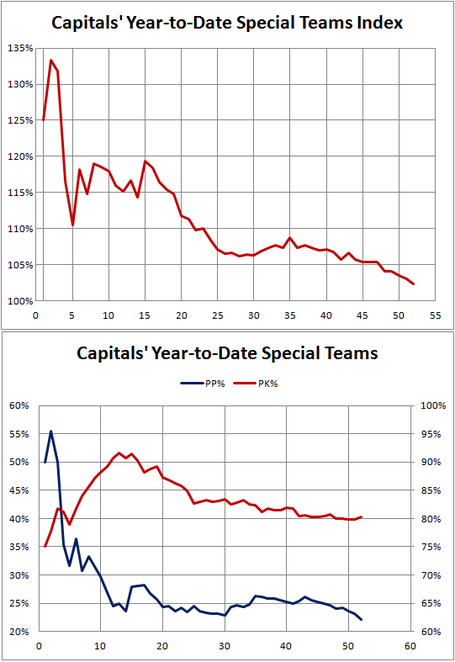 Finally, in raw numbers, the team's special teams plus-minus (power-play and shorthanded goals scored minus those allowed) over the course of the campaign looks like this, thanks to the current drought which, over the past nine games, features the Caps scoring and yielding as many shorties as power-play tallies (1): 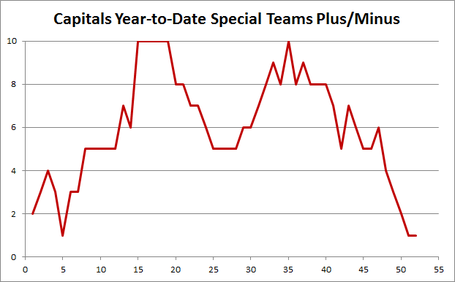 For more, check out Laich the Lamp, who took a closer look at what's been goin' on.