Share All sharing options for: The Noon Number: Fenwick Futility

55.44% - Caps' Fenwick for percentage at five-on-five in close situations over the last 11 games, with the team giving up just 258 shot attempts to the 321 they generated. That includes just two games over that stretch in which they were out-chanced (one of which was a win) and four of the team's best FF% totals on the season as a whole.

A visual representation of how things are trending for the Caps: 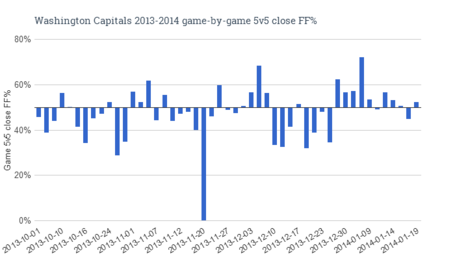 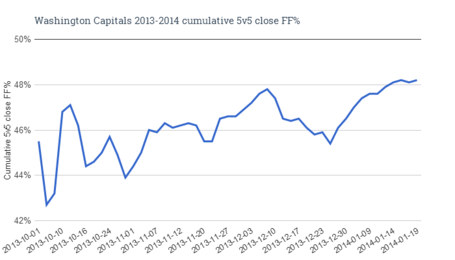 Just a quick reminder that things aren't always as they seem, and that hockey is a weird, unpredictable sport.