From Alzner to Ward, we're taking a look at and grading the 2013 season for every player who laced 'em up for the Caps for a significant number of games during the campaign, with an eye towards 2013-14. Next up, Marcus Johansson. 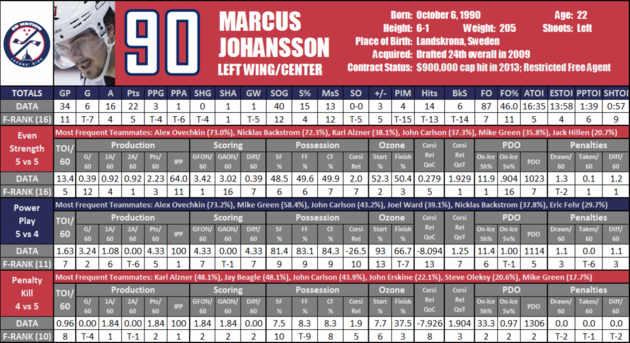 Johansson and his most frequent linemates: 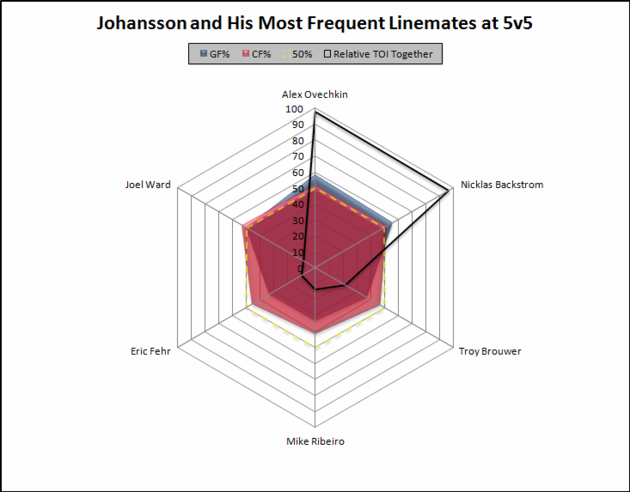 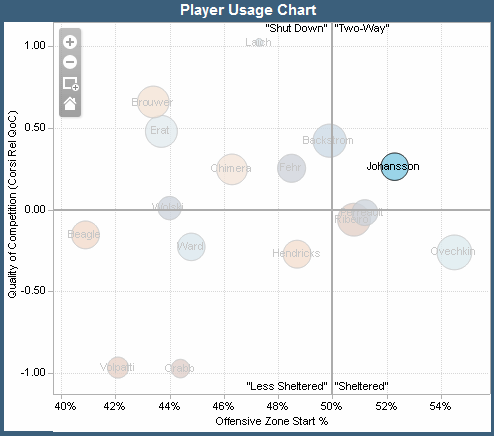 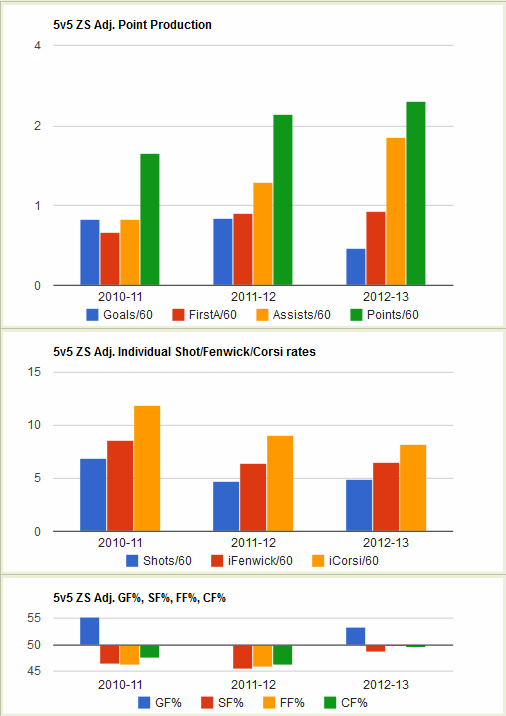 Key Stat: 21 of Johansson's 22 points came in the 25 games he played after returning from injury (he had just one point in nine games prior to missing most of February and early March).

Interesting Stat: For the first time in his career, Marcus Johansson was a positive Corsi Rel player this season.

The Good: For the second-straight season (i.e. his entire NHL career) Johansson increased his points-per-game over the prior season. Johansson has often times been a source of disagreement for Caps fans, but you can't argue with his offensive production. Only four players in his draft class have scored more points than he has, and despite missing 14 games he was still seventh on the team in scoring. Johansson did all this despite scoring only one point in the nine games prior to his month-long absence due to a concussion he'd almost certainly received in training camp. Once he returned, he scored 21 points in 25 games, easily the best clip of his career. He also only went back-to-back games without a point two times after he returned from injury, demonstrating the consistent production every team needs from a top-line player. 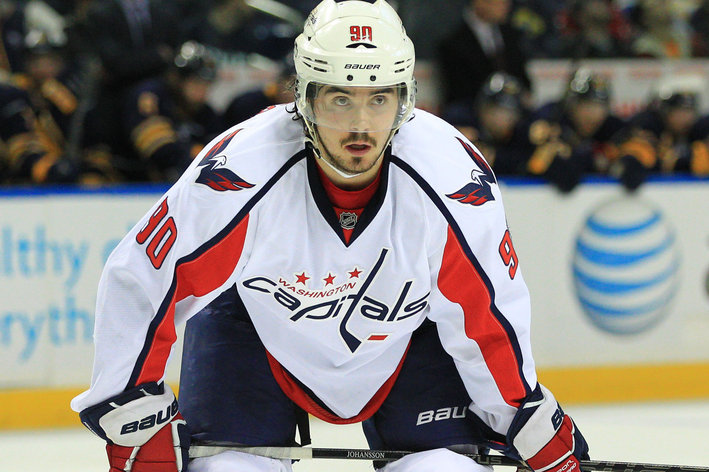 Is Marcus Johansson finally living up to the expectations that come with his first round draft pick status, or is he catching a free ride on the Ovechkin/Backstrom freight train?

Johansson also looked much more confident and assertive when he returned from injury, using his speed to open up space in the neutral zone and gain the offensive blue line. As long as he is playing with Alex Ovechkin and Nicklas Backstrom, he'll need to continue to find ways to use his skill set to create opportunities for those players. The assertive play following his return to the lineup also coincided with much stronger possession numbers. Throughout his career, Johansson has not been a strong Corsi/Fenwick player, but showed signs of rectifying that this year. He still ended the season as a negative raw Corsi player, but as noted above he was a positive Corsi player relative to his teammates. He followed the improved possession numbers in the regular season with a huge Corsi On in the playoffs (20.36), and a 3.8 Corsi Relative. Johansson seems to have all the tools to drive the play, and this year he started to show it.

Johansson also continued to develop the finer details in his game in 2013. As with his scoring rate, Johansson improved his faceoff winning percentage for a second-straight season. He's not yet at 50%, and he's not being asked to take many draws (as he's essentially been shifted to wing), but he'll need to be competent in the dot if he's ever going to have a future playing his ostensibly natural position (center) in the NHL. He also finished the season in the top ten on the team for takeaways (and every player above him on the list played more games). Giveaways and takeaways aren't the most reliable stat, but it does at least imply a commitment and/or aptitude for defense for which Johansson is generally recognized (a notion furthered by his usage on the penalty kill).

The Bad: While Johansson's points/60 and assists-per-60 continued to rise this year, his goals/60 fell for the second-straight year, as did his iCorsi/60. Further, while Johansson led forwards in GFOn/60, he did so with the highest on-ice shooting percentage among forwards, and he was middling in individual points percentage, pointing on only 64% of the goals he was on the ice for (good for 11th among forwards). Johansson also had the worst GAOn/60 among forwards, giving the opposition plenty of goals back while he's on the ice (to be fair, he also had the lowest on-ice save percentage of any forward, so the goalies could have helped him out a bit more).

Johansson's possession stats are similarly troubling, upon deeper inspection. While the overall numbers were an improvement (as noted above), Johansson was a 51.5% Corsi-for player with Ovechkin (58.1% goals-for), but only a 45.7% Corsi-for (43.8% goals-for) player without Ovechkin. Of course, there's some chicken-or-the-egg at play here, as he spent most of his pre-injury time without Ovechkin (and Backstrom), and most of his post-injury time with them. As with takeaways, Johansson also gave the puck away quite a bit (relative to his teammates), something that many fans have complained about throughout his tenure with the Caps. That's not without the mitigating factor that players that play a lot and have the puck a lot are going to have a high number of giveaways, but for someone that struggles to maintain puck possession it's important for Johansson to find a way to limit that number (eliminating the blind drop passes at the top of the offensive zone would be a good start). All in all, it's fair to ask whether Johansson was truly "driving play" or even contributing to tilting the ice, or if he was being dragged along by Ovechkin and Backstrom, and these numbers don't necessarily indicate a favorable response.

The Discussion: With Johansson looking for a new contract, what kind of commitment should the Caps make to him? Can he drive play in a top-six role on a team with championship aspirations? Are his days as a possession blackhole a thing of the past, or will he continue to be a poor Corsi/Fenwick player? Does that necessarily matter? Has he become a full-time wing in the NHL, or does he still have a chance to move to center? What would it take for him to earn a 10?