From Alzner to Ward, we're taking a look at and grading the 2013 season for every player who laced 'em up for the Caps for a significant number of games during the campaign, with an eye towards 2013-14. Next up, Jeff Schultz. 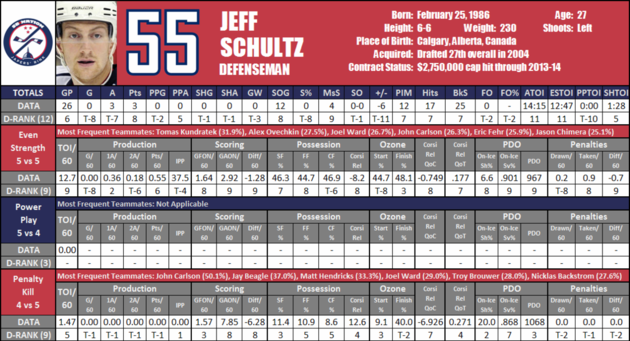 Schultz and his most frequent partners: 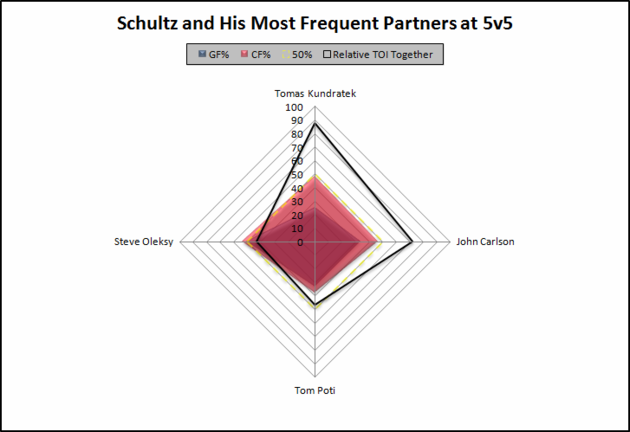 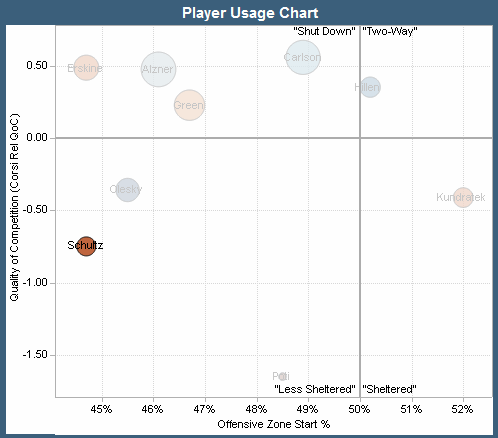 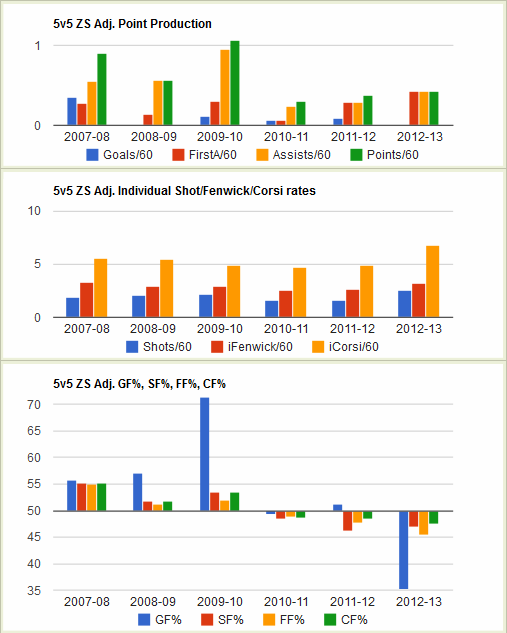 Key Stat: In 2013 Jeff Schultz racked up a career low -6 plus/minus rating in only 26 games played, capping off a three-year span in which Schultz's +/- (and basically every other statistic) steadily declined.

Interesting Stat: No Caps defenseman received worse goaltending behind him at five-on-five than Schultz, with the man in the pads behind him putting up only a .901 save percentage (although how much of that was Schultz and how much the goaltenders or his other teammates is certainly up for debate).

The Good: Somewhere, at sometime this season, Jeff Schultz came to a realization: his time in Washington had concluded. The wick had burned down, the embers had stopped smoldering. Some athletes like to take the bellows to the embers one last time, flame them back to life for a short-lived, dramatic exit, usually culminating in a burned bridge or two. Even from the press box, Sarge went about his business quietly and with dignity. He requested a trade from the organization, but the information did not get out until after the season had concluded. He said nary a negative word to the ever-present bouquet of microphones, and diligently and silently watched as his team plowed forth without him.

There's something to be said for Double Nickel's immaculate professionalism, even in the face of less than ideal circumstances.

What Happened to Jeff Schultz? 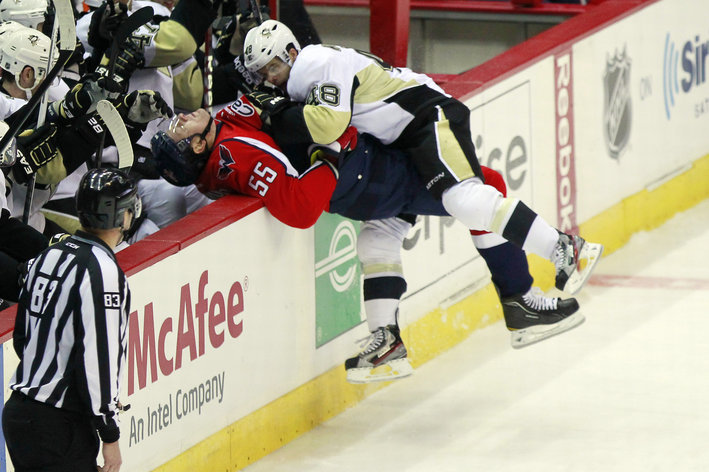 The Bad: Schultz was the team's worst defenseman by almost every metric available. He possessed the worst RelCorsi rating among defenseman who played more than 16 games. Only John Erskine had a worse Corsi On rating. No defenseman who played as many games as Schultz possessed a worse On-Ice Shooting percentage, and no defenseman was subject to a better shooting percentage by opponents. Among blueliners, only Steve Oleksy averaged more penalties taken per 60, and no one who saw more than five games drew fewer penalties than Sarge's - not that anyone is exactly expecting him to be drawing hooking calls with his blistering speed, of course.

Schultz was benched halfway through the season - the third time in three seasons by three different head coaches and three different defensive coaches he's been benched. The time he spent in a suit correlated with the Capitals sudden and dynamic success, a consequence of which was that just about every skater's possession numbers improved when Schultz wasn't on the ice with them.

And on top of it all, Schultz earned a hefty $3 million dollars this year - a number he's slated to carry to the bank again next season. When it comes to value per dollar, Schultz has made a convincing case as the organization's worst investment.

The Discussion: It's clear that Schultz doesn't think he's got a spot in the Nation's Capital going forward, and with the re-signings of John Erskine and Jack Hillen, the surprising emergence of Steve Oleksy, and the expectation that Dmitry Orlov and Tomas Kundratek both be serviceable (if not top-4 in the case of Orlov) defensemen, he's probably right. With it being unlikely that the team can move Schultz with his inflated price tag, do you use a compliance buyout on the man who we should perhaps call Sixty-Million Nickels? And on his regression and failure to develop as reasonably expected... how much of that is on the player and how much is on the team?