From Alzner to Ward, we're taking a look at and grading the 2013 season for every player who laced 'em up for the Caps for a significant number of games during the campaign, with an eye towards 2013-14. Next up, Jay Beagle. 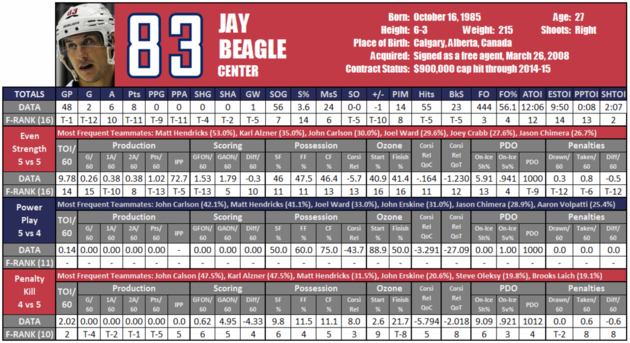 Beagle and his most frequent linemates: 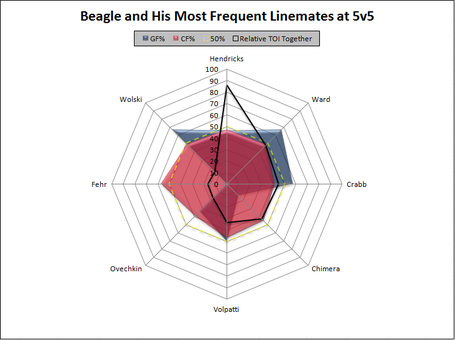 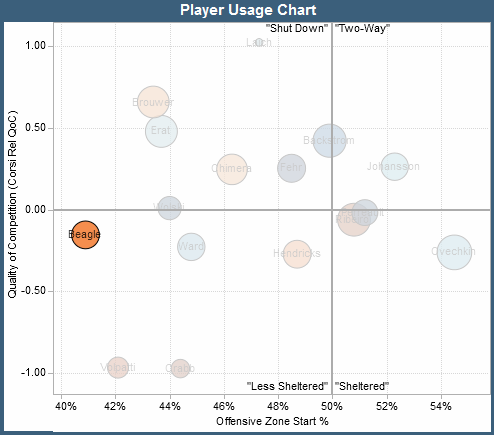 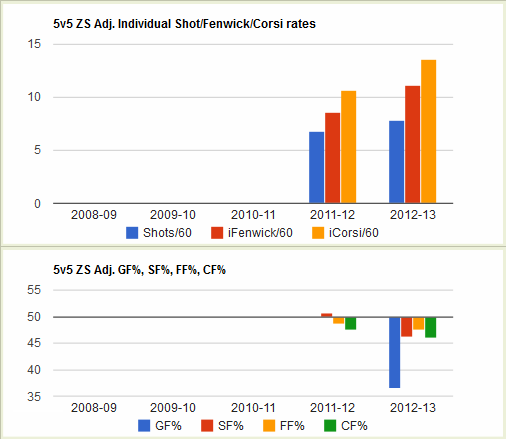 Key Stat: Jay Beagle had a tough time in the playoffs against the Rangers, his lone tally in Game 3 notwithstanding. He was on-ice for 14 even-strength goals-against in 48 regular-season games, but six in seven first round contests. Beagle skated to a -1 rating in five of those contests, four of which occurred in games the center received less than ten minutes of total ice time.

Interesting Stat: Beagle tallied a single game-winning goal on the season, a Jeff Schultz rebound that he shoved under Lightning goaltender Mathieu Garon in the third period on Valentine’s Day. Riding that confidence, Beagle would fire four shots on the Rangers' cage in his next game out, giving him seven shots over two games, the most trigger-happy two-game he had all season.

The Good: Beagle dressed in all 55 Capitals games in 2013, the three-year regular skating on the fourth-line with Matt Hendricks and Joel Ward or Joey Crabb for most of the journey, and playing big minutes on the penalty kill. A dependable bottom-six forward, Beagle was clutch in the faceoff circle down the stretch, winning more than half of his draws in 14 of the last 16 regular season contests and 58% of his defensive-zone face-offs overall on the campaign. When a team's fourth line can control the puck (whether it be in the offensive or defensive zone) off of the linesman’s hand, it has a chance to dictate the puck’s direction for the first couple seconds of each shift.

Beagle also increased his offensive output a bit under Adam Oates, his .17 points-per-game up a tick over the past two seasons. While not close to some high preseason predictions, Beagle kept his nose to the grindstone each night to improve, and ended up being rewarded with a career-high 12:06 of ice-time per night.

The Bad: The Capitals were finished by the Rangers in seven games because of the team’s inability to pierce New York’s defense and goaltender Henrik Lundqvist. While Beagle can count one of the team’s 12 goals in the series as his own (tipping Jack Hillen’s shot in for a third period lead in Game 3), it was his, and his linemates’, ineffectiveness in their own half of the ice that helped the Rangers skate into the second round. While the top-six forwards struggled to puncture New York below their own blue line the Capitals’ bottom-six had trouble returning the favor against the Rangers’ offense, and Beagle ended up being on the ice for those half-dozen even-strength tallies against, and just the one goal-for. The fourth-line didn't lose the series for the Caps... but it sure didn't help much to not lose it.

The Discussion: Beagle performed reasonably well for the team's investment and gave them big minutes on the penalty-kill, but there's room for improvement in his game - can he continue to improve his offensive production, or, at 27-years-old, is this what he is? If so, is that enough of a contribution for a regular on a team with aspirations? What would it take for you to give him a "10" next year?