Get to Know a Ranger: John Moore

Share All sharing options for: Get to Know a Ranger: John Moore 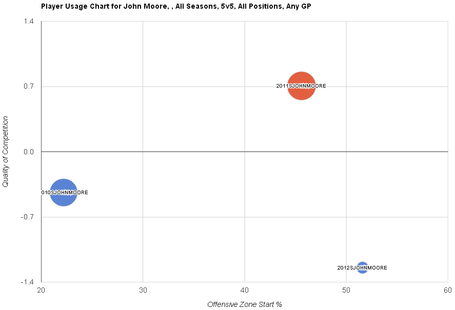 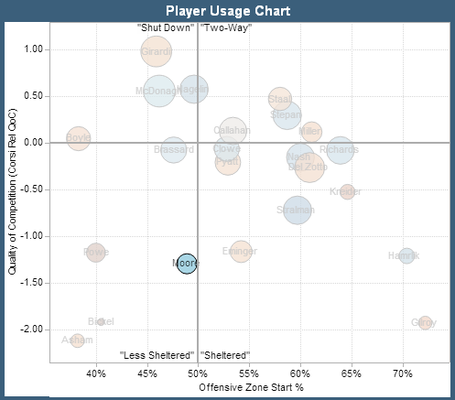 Why you should know who he is - In the span of a month, John Moore has gone from frequent healthy scratch in Columbus to a regular (with power-play time) in New York. That may say more about the Rangers' blueline than Moore, but the young defenseman (he's about a month-and-a-half younger than Marcus Johansson, who was taken three picks after Moore) has made the most of his increased playing time, notching six of his 14 career points and eight of his 24 career plus-ratings in just 13 of his 99 career games. Don't expect him to get big minutes, but do expect him to keep getting a sweater.

How the Caps can stop him - As with most young defenders, the Caps will want to pressure Moore whenever he has the puck, forcing him to make quick decisions and plays under duress. If the Caps can get one of their scoring lines out against him and take the play right at him, all the better - the playoffs can be an unforgiving place for young rearguards to cut their teeth.