Martin Erat, Michael Nylander and What It All Means

Share All sharing options for: Martin Erat, Michael Nylander and What It All Means

"It was just playing style," McPhee said. "It just didn't work out. For lots of reasons, players excel in one place and don't in another. It just wasn't working for him or us last year."

And so likely begins the end of the Martin Erat Error Era in Washington, as the Czech wing last week went public with his desire to be traded away from the District mere months after a similar request and subsequent transaction brought him to D.C.

It would seem that playing style has indeed been very much a driver behind Erat's struggles (just one goal and ten points in 37 games, including the playoffs), as the "east-west" forward has been unable to generate much of any offense in Adam Oates's "north-south" system. For lots of reasons, players excel in one place and don't in another.

What's funny - insomuch as any of this is humorous - is that the quote above actually isn't about Erat at all. It's nearly four years old and is Caps general manager George McPhee discussing the team parting ways with another disgruntled European forward, Michael Nylander.

In many ways, Erat's and Nylander's situations are similar - veteran player finds his productivity and ice time dwindling in classic chicken-or-egg fashion, feels disrespected. But perhaps "it's not you, it's me." For Nylander, that was clearly the case, as Katie Carrera had noted at the outset of the 2008-09 campaign (Nylander would play 72 reasonably effective games for the Caps that season, posting 33 points for a terrific up-and-coming Washington team):

When [Bruce] Boudreau took over he created a full-speed, straight-ahead type of offense that allowed the team's young stars to zoom up and down the ice, and Nylander is known for his east-west, weaving style of skating.

Sound familiar? It should:

[Under Oates,] no longer would the Capitals be an east-west team that serpentined out of all three zones, prone to giving up just as many chances as they created.

They would become a puck-possessing, north-south team that played by the book – his book.

Wishful thinking aside, that hardly describes Erat's style of play. Compounding Erat's difficulties fitting in on the ice, Oates moved him from the right wing - where he'd played the overwhelming majority of his NHL career - to the left, in keeping with his bordering-on-obsessive belief that left-handed skaters should play on the left and righties on the right. That runs fairly contrary to how many if not most Europeans are brought up... but hey, it worked for Alex Ovechkin. 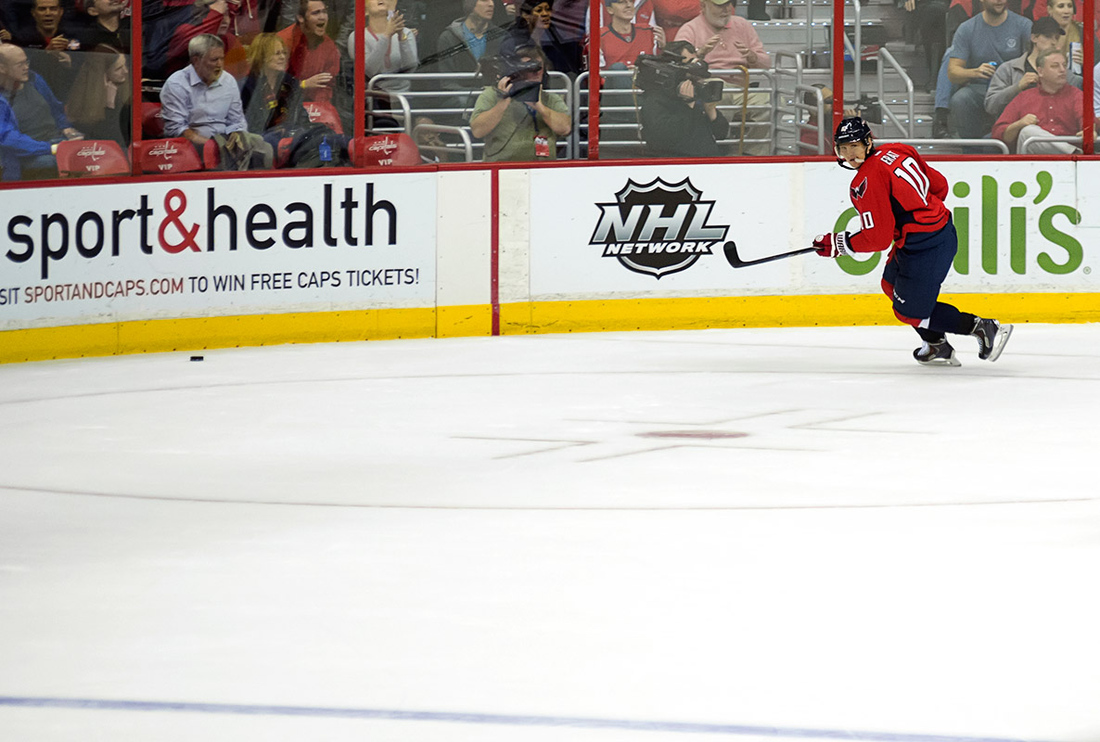 Martin Erat has requested a trade... so what went wrong?

But here's where the comparisons end, and the difference becomes troubling - Nylander was brought in to play for Glen Hanlon's more conservative Caps and had the run-and-gun Bruce Boudreau regime thrust upon him; Erat was brought in to play for Adam Oates (and not just as a short-term rental, either). The inevitable conclusion, then, is that either McPhee and Oates weren't - or aren't - on the same page regarding the personnel the coach needs to effectively implement his system, or the team did a poor job of scouting Erat pre-acquisition. Or both. (There is, of course, a third option - that Erat got really bad really fast, but underlying numbers suggest that isn't the case.)

Ultimately, Caps fans are left with more questions than answers, and they're not insignificant inquiries, either. Is there a cohesive vision for what this team should be and what type of players that requires? Is the coach able to adapt his system to maximize the utility of the assets he's presented with (or adapt those assets to the system)? Is the general manager able to provide the coach with what he needs in order to be successful? Ironically, for all of the (well-justified) angst over the player the Caps traded to acquire Erat, the real concerns regarding the deal run much, much deeper.