After just 32 games with the Caps, Martin Erat has requested a trade... so what went wrong?

Share All sharing options for: A Trade Gone Bad

When the Caps moved highly-valued prospect Filip Forsberg to the Predators at last year's deadline, opinions on the move varied. On the one hand, the team desperately needed more depth on the wing, and the cost of a top-six winger is often a first-round pick; Forsberg, until he suited up for a game, was a first-round pick, a prospect. And prospects are just that - prospects, and until they pan out (and even after that), assets that can be used to make the team better. On the other, Forsberg wasn't your run-of-the-mill prospect or first-round pick, and the sense by some was that the team was sacrificing a big piece of their future for what they perceived to be nothing more than a stopgap, and an expensive one at that. 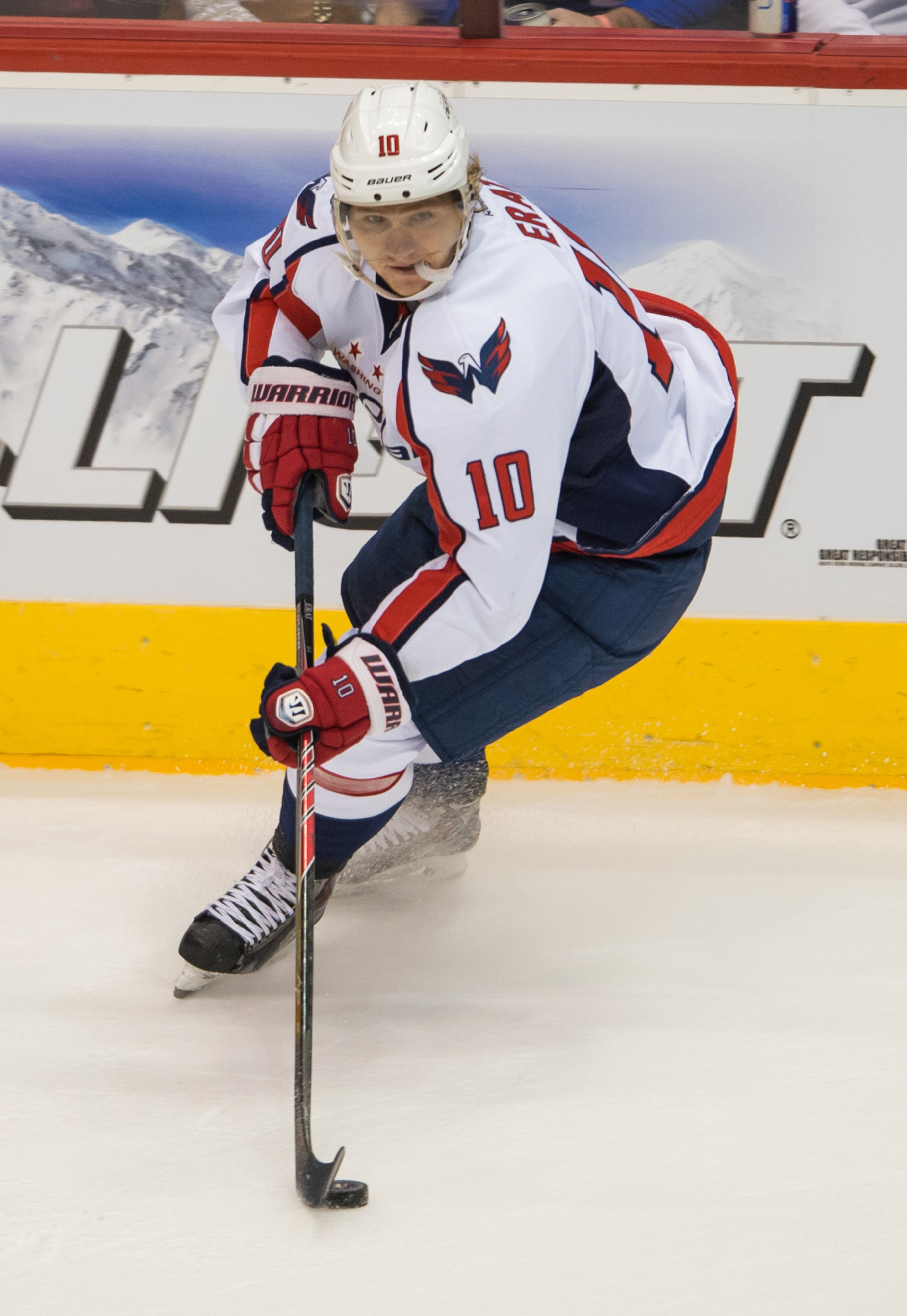 Seven months later, this trade does seem to be, if nothing else, well-intentioned... although it certainly has turned into something of a fiasco. Erat filled a need for the Caps at the time and for the foreseeable future - suddenly more loaded up the middle, the team lacked depth on the left wing, even before Brooks Laich suffered an injury that kept him out of the lineup for most of the season. Bringing in Erat not only shored up the top six, it also gave them a veteran presence and a guy with talent that had perhaps been held back under Nashville's more defensive-minded system. Put him under a coach like Adam Oates, someone who had already shown a knack for coaxing excellent offensive performances out of his stable of superstars, and maybe those top two lines become a serious threat.

We had just a brief window to see what the team had in Erat at the start, however, as he suffered not one but two injuries - the first one early on in his tenure with the team, the other in the playoffs. We would have to wait. The whole picture, it seemed, would not be revealed until 2013-14. Then the summer came and the Caps brought in recently bought-out center Mikhail Grabovski... and that picture started to look a little better, a little clearer. The idea of Erat and Grabovski bringing impressive possession skills to a second line that had struggled in that area was pretty tantalizing; on paper, for the first time in a long time, the Caps had a second line that could hang with - and perhaps top - some of the League's better second lines. 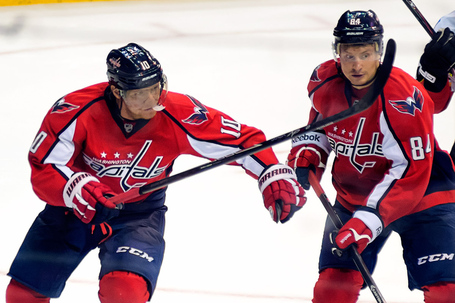 What should've been two-thirds of a strong second line; Photo by Clyde Caplan, clydeorama.com

But then came training camp, and the start of the season. And Erat was shifted from wing to center, then from center back to wing and from second-liner to the fourth line... and there he stayed, for the better part of a month. Fans expressed their frustration. Erat expressed his frustration. Oates stuck to his guns, claiming too many bodies and not enough ice time to go around as reason for the "demotion", and we waited as the team struggled through the season's early games for that ice time to be redistributed. It took nearly a month (and an injury to Alex Ovechkin) for Erat to get bumped up the lineup, sliding in next to Nicklas Backstrom and remaining there for a brief moment before finding himself on the second line from hell, and then on Saturday, in the press box.

Which brings us to today, and the news that Erat has requested a trade - the Martin Erat Era in Washington, it seems, is coming to an end, just seven months after it began. A brief, tumultuous experiment that kicked off endless debates over the deal that brought him here, the reasons behind it and whether the GM and coach were on the same page.

It's that last one that is somewhat puzzling.

For supporters of the trade, the reasoning likely fell in line with why George McPhee brought him here - not as a rental but as a piece of the puzzle, one more step towards a contender. Shore up the wing and focus on the second-line center; bring in Grabovski for that role and turn your attention, hopefully, to the blue line. But based on how Erat was used and on how Oates has talked about Erat (referring to him at one point as a substitute for Brooks Laich), there's little question that Erat was not part of his long-term plans for this team. Say what you will about not having enough ice time to go around, he found the ice time for players like Laich and Troy Brouwer, who have underperformed to start the season. He fit in teenagers like Michael Latta and Tom Wilson. If he'd wanted to, you have to think he could have found a role for Erat more suited to his abilities.

At the same time, and while Erat's frustration is somewhat understandable, the validity of that frustration can be called into question - or at least whether it warrants asking for a trade so early in the season. Because even when given a chance, when given more minutes, Erat hasn't done a whole lot that would lead to being bumped up in the lineup. Yes, the possession numbers are good, but as we noted earlier today... at some point those possession stats need to turn into actual goals and assists, and they simply haven't. Combine that with the fact that taking a trade request public (and voicing your discontent just months after asking for a trade from a different team) kind of torpedoes your trade value, or what little value there was to begin with, and it's just not a smart move.

There's not a whole lot about this that isn't frustrating. There's not a whole lot about it that doesn't absolutely stink. And there's not really anyone - player, coach or GM - who is coming out of this unscathed. Argue about the pieces moved in the trade or the timing of the trade or the ability of Filip Forsberg to be the next Peter Forsberg all you want, none of it matters if the coach and GM aren't in sync with how the acquired pieces are used - and clearly they weren't.

So now the Caps are left with an angry $4.5 million-earning winger with a knack for taking his unhappiness public, the best-case (and least-likely) solution being for McPhee to swap out Erat for a defenseman - and even that can't erase the stench of a trade gone terribly bad.

...but hey, at least the Caps have Michael Latta.