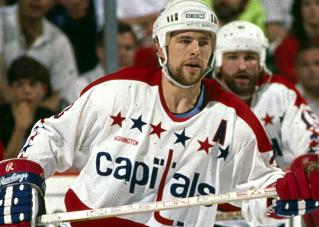 If I could buy stock in the NHL, I would.

Last year, leaguewide revenues increased enough to lead to a nearly $4 Million rise in next year's salary cap, from $59.4 Million to $64.3 Million. Since players get about 57 cents of every dollar of NHL revenues, that reflects an average increase in revenues of about $8.8 Million per team, or roughly $260 Million for the entire league. And that rise happened in a year in which many teams had serious financial difficulties. One team – the Thrashers – could not survive its troubles. The Dallas Stars were sold in bankruptcy, and the multiyear bankruptcy saga of the Phoenix Coyotes continued. Add in the New York Islanders, and that’s four teams (13% of the league) with severe problems.

The coming years look brighter for at least three of those troubled franchises. The Stars have been sold and are ready to focus on hockey again. The ultimate wisdom of moving the Thrashers to Winnipeg has yet to be determined, but at a minimum a team with committed owners and an excited fanbase in Winnipeg is better for the NHL than the hot mess in Atlanta the last few years. It seems very likely that the Phoenix saga will be resolved, one way or another, by this time next year. The Islanders problem seems more intractable – it’ll be 2015 before the Islanders can move if no new arena is built – but even that issue has a clear end date. And the NHL may have suitors in Quebec City, Kansas City, and the Greater Toronto (Hamilton) area who are ready to purchase a team. Those ownership groups might scoop up the Coyotes or Islanders if things don't improve, or, as the upcoming shift to 4 divisions suggests (since 30 ain’t divisible by 4, but 32 is), perhaps the NHL may expand in the near future. It's certainly hard to imagine that we'll be talking about so many bankruptcies and such in a couple of years.

And the outlook is good for the league as a whole. The NHL has a hit on its hands with the Winter Classic, buoyed by College Football’s inexplicable decision to surrender January 1st. The league has a new TV deal worth an additional $120 Million dollars per year over the previous deal. That’s $4 per team, or a projected $2+ Million increase in the salary cap. And unless the NFL and its players get smart in a hurry and resolve their labor dispute, the NHL might attract its share of disappointed and bored football fans this season.

The Caps apparently share my optimism. You can tell, because they just committed to pay $4.5 Million per year for six years to a guy that was, under last year’s pay scale, probably entitled to about 75% of that. But that’s $59.4-Million-Salary-Cap thinking, and today is a new day. Laich’s salary would have been about 1/13th of last year’s cap, but now it’s just 1/14th of this year’s salary cap -- about 7%. And as long as the salary cap rises, Laich's share of the team's payroll will drop throughout the life of his deal.

Betting on the fiscal health of the NHL is nothing new for the Caps. When Ovechkin signed his $124 Million contract, the salary cap was $50.3 Million, and his $9.5 Million cap hit was 19% of that. Now it’s 15% of the current cap. The Caps and the league probably shouldn't count on revenues to keep rising by 25% every four years, but they can expect an increase next year and they can probably expect further increases as franchises get healthy and perhaps as the league expands.

Depending on how Laich plays and on what happens with league revenues, this contract will probably end up as somewhere between a moderately good deal and a moderately bad one. As long as Laich stays healthy, I find it hard to believe that he'll either outperform or underperform it by any kind of extreme degree. He's a known commodity, and he's certainly an above-average player. The average salary on a team of 23 spending to the cap is $2.8 Million. Is Laich going to be worth $1.7 more than that? Maybe, maybe not. But he probably won't be too far off in either direction.

There's one other factor to consider. This is the first major contract signing for any skater in the UFA class. That makes it potentially a market-setting deal. I predict that how we feel about this contract is going to be echoed as the Erik Coles and Alexei Ponikarovskys of the world get raises. It's going to be Drury, Briere, Gomez and Nylander all over again -- except that this time there's only one sure first line forward who is a free agent. One. After Brad Richards gets paid, it's going to be a mad scramble for guys who are over the hill, who have injury concerns, or who don't give a consistent effort. Sather, Gauthier, Burke, Feaster, and the rest of them just got handed $4 Million in cap space. If I'm right and it's going to turn into silly season, then Laich's contract surely won't be the silliest. Hell, Bryzgalov's contract is already worse. Strap in -- I think this is going to be "one of those" offseasons. And if it is, then the Caps may have done very well to get their guy signed before it even begins.