Now that I have the (x,y) data for the past few years, I am taking it for a test drive. The Washington Capitals year over year improved defense, in pictures. 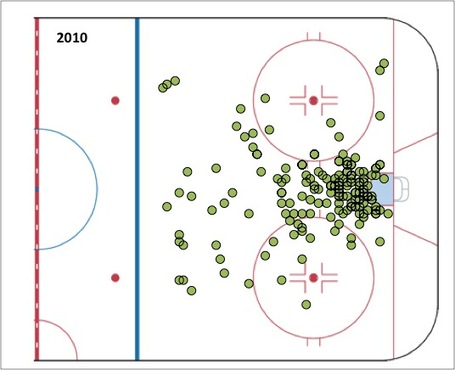 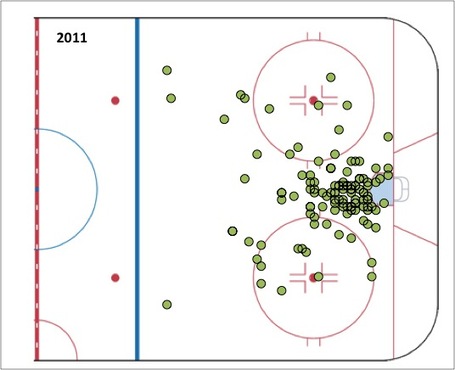 Data is for even strength goals against. Looks like the slot has not seen as much scoring in 2011 as it did in 2010, no? Looks like there has been less "crashing the net" by the opposition too. If anyone thinks it would be useful I could add the shot data to the images in addition to the goals scored, but it is going to look like a big blue blob.