The Goalie Guild on the Capitals' Top Two Netminders

Share All sharing options for: The Goalie Guild on the Capitals' Top Two Netminders

When it comes to talkin' netminders, there aren't many more authoritative voices on the Internet than The Goalie Guild's Justin Goldman, whose work has appeared on NHL.com, whose tweeting is flat-out prolific and whose opinion has been sought on all things goalie.

So when Goldman passed along a copy of his new "NHL Goaltenders Style Guide," I was thrilled... and even moreso that he allowed me to share with you his page on the Caps netminders: 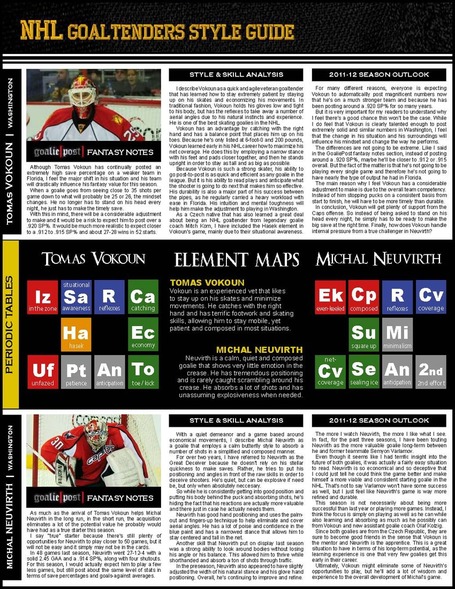 So head on over to The Goalie Guild and pick up a digital copy for $9.99 - it's an incredibly interesting read and money well-spent.