[Ed. Note: It's with great pleasure that I introduce another addition to The Rink team, our new Weekend Clips Editor, Emily (whom you already know as Your Nation's Capital. ) So without any further ado...] 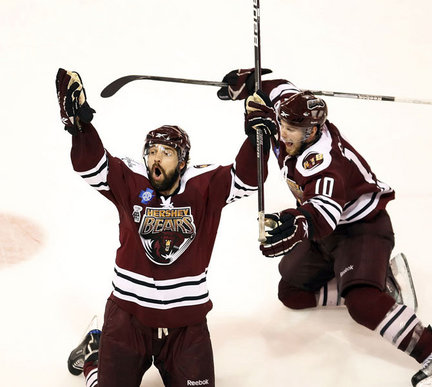 The Rooster and Gordo doing a fair impression of YNC when she received JP's invite to join the Rink. Thanks!