There's not much of a connecting theme for this week's Farm Report as we find our prospects working different aspects of their games. So we will go with: In The Grind 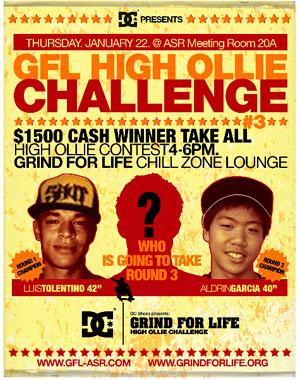 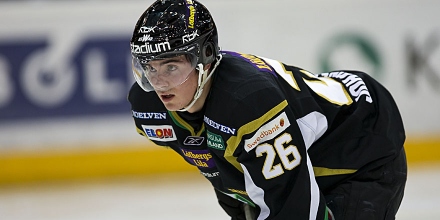 Mackan's season in the SEL has come to an end as the Ferries battled hard against an absolutely evenly matched Skellefteå squad, tied through the 13th minute of the 3rd period of the 7th game of their first-round series, in a game in which every shift mattered. Then Mackan's teammate went to the sin bin, SAIK scored on the power play, and six more minutes of scrapping proved fruitless. Skellefteå 2, FBK 1.

We are still trying to find out what Mackan's spring and summer plans are. Stay tuned. 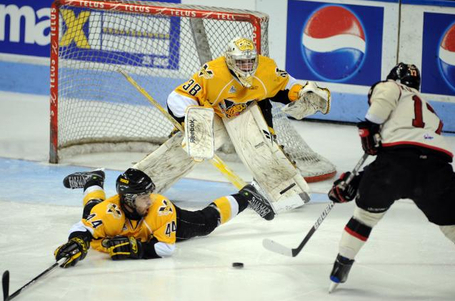 The Remparts were hoping to have a stronger start in their second round series and rebound from a much-closer-than-it-looked first round series they won four games to one. But an odd personnel change by Coach Roy foretold that the Walls might have more than a few cracks:

The Remparts have announced that they have a player rejoining the team in time for Round 2 of the playoffs – Coach Patrick Roy’s son, Frederick Roy.

Frederick is a 19-year old center who ‘retired from hockey’ after the 2008-2009 season to make his career in Hollywood. An extremely cursory google search shows that Freddy made his mark on hockey by cross-checking a kid right in the face, for which he earned a fifteen-game suspension.

And sadly, the cracks began to show right from the first minutes of the first game against the Victoriaville Tigers. The Tigers scored early, were answered by the Remparts, and then Dmitry got a goal to put the Walls ahead 2-1 - but the goal was disallowed under very strange circumstances:

Patrick Roy could not get over the goal disallowed Dmitri Kugryshev.

"Long time I'm in hockey and last time I saw it was during a game between the New York Rangers and Quebec Nordiques," said Roy, wondering. He was in the field, but no, it was in 1995 at Madison Square Garden in New York in the last game of the history of the Nordiques.

There was no whistle after a pass with his hand, Kugryshev scored and after the goal was disallowed. Incidentally, the four officials had the power to whistle.

"We looked in the rule book and we did not find any place where it says that officials have the right to change a decision four to five seconds later after allowing a goal without going above. I look forward to the explanation of the league. "

After the goal was disallowed and after the coach's son got a game misconduct, the Tigers scored three times more unanswered, for a final of 4-1. Game Two went even worse for Dmitry, with a final of 4-2 Victoriaville and a minus-3 and only 1 SOG on the scoresheet. Games Three and Four were no better as the Remparts fell in straight games to a hot goalie and a motivated Tigres team.

The good news, of course, is that Dmitry got his call to the A, pending the doctors' inspection of his possibly balky back, and if reports are correct, he was due in Hershey yesterday. With the influx of new talent, Coach French says he will start a Black Aces squad. 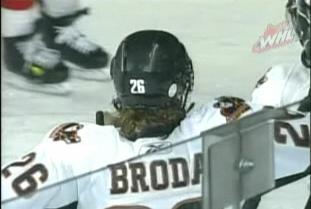 After coming very close to elimination in Round One, Broda and the Hitmen rolled out hard and strong against the Medicine Hat Tigers in Round Two, easily sweeping their first two games by a combined score of 9-2, and with a penalty kill that is 100% in nine opportunities. The Calgary Herald reports:

In what was often a fierce checking game in which both sides were reluctant to allow time and space, the Hitmen persevered by skating with a swift foe, winning most of the board battles, playing the body hard and slamming the door defensively with a solid forecheck and backcheck.

Games Three through Six proved to be a little more problematic, but the Hitmen were finally able to close out the Tiggers late in overtime in Game Six to advance to the WHL Eastern Conference finals. They will face the Memorial Cup-hosting Brandon Wheat Kings for the chance to play for the WHL Ed Chenowyth Cup.

Here's an interesting fact about the Hitmen - they have two captains. One for home games, and another for away games. And here's another interesting fact - Calgary's PK was 13-for-14 in this series.

Stefan Della Rovere, Barrie Colts (OHL)
There was some concern that the Colts would arrive for Round Two listless and bored after sweeping their first round and waiting for the Brampton Batallion to finish its seven game series. Well, the concern was justified until this:

Brampton was hanging around.

Thomas Stajan had just scored short-handed to cut Barrie's lead to 3-2 and briefly suck the life out of the Barrie Molson Centre midway through Game 1 of the second-round playoff series between the Battalion and Colts.

Scooting down the left wing, the 19-year-old Colts captain caught a burst of speed, blew past Battalion defender Cameron Wind, went to his backhand and beat big Patrick Killeen to restore a two-goal Barrie lead.

You can see the highlights here, including interviews with head coach Marty Williamson and Stefan:

Plus a little more from that same article:

Indeed, they call Della Rovere a heart and soul player around these parts.

"I thought he worked awfully hard in practice this week," Barrie head coach Marty Williamson said. "He was one of our leaders (this week)."

Della Rovere was shifted over to Barrie's third line — otherwise known as 1C — just prior to the playoffs, allowing Matt Kennedy to move onto a line with Alexander Burmistrov and Alex Hutchings.

"We just felt Kennedy's speed fit with Burmy and Hutch a little bit better," Williamson said. "This isn't a demotion. It's a coaching decision. We feel that we're a better hockey team set up this way.

"Delly's a class kid," his coach added. "He just wants to contribute and get a solid role."

Della Rovere has embraced the role just as he's embraced any role handed to him through his four seasons in Barrie.

"Last year, I had more of an offensive role," he said. "This year, we made a lot of acquisitions, so it changed into more of a power forward role, with more defensive (responsibilities).

"I think right now, everyone's doing their role to a tee."

Captain Delly had a dilly of a Game Four as the Colts ran the table and advanced to the Eastern Conference Finals. He had an early assist and a goal in the second, then when Brampton scored in the third to get within two goals of tying, Delly marched right back and got one more tally for insurance. The Colts were playing with their backup goalie and the Captain was not about to let Brampton take advantage of that. He was named First Star of the Game.

The Colts have now earned a date with the Mississauga St. Michael's Majors to battle for the Bobby Orr Trophy. But even their hometown paper is wondering: Are the Barrie Colts too good?