I recently got an email from a friend I have inside one of the major trading card manufacturers and he was telling me about a certain oft-traveled head coach in the NHL who has been hired to give more of an "expert" feel to upcoming cards, with... uh, mixed results. Below is a proof sheet he sent me of the Jaromir Jagr card.

I don't think it was approved. 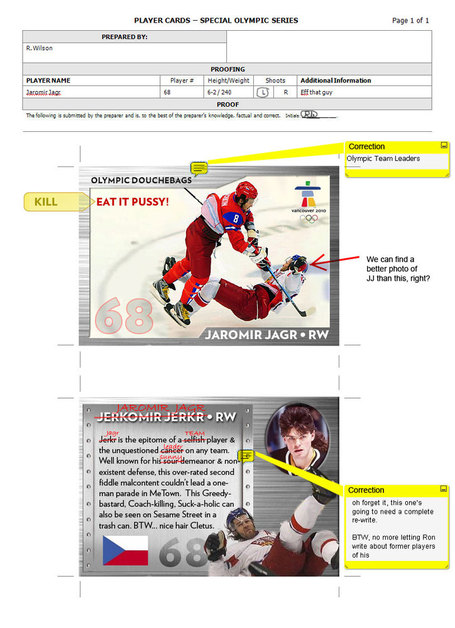 Dammit, now I'm going to have to change my screenname to "Jaromir meet Alex". Every 4 years AO annihilates one of the guys I love to hate.