Another Season In Sweden For 'Son Of Gus'

Share All sharing options for: Another Season In Sweden For 'Son Of Gus'

[Ed. Note: Thanks to HD89 for passing along the translation of this Expressen article on Caps prospect Anton Gustafsson's decision to stay in Sweden for another year.]

'Son of Gus' set to play in SEL

Gothenburg.  Anton Gustafsson, 19, will play for Frölunda in the Swedish Elite League next season. The son of Team Sweden GM Bengt-Åke Gustafsson signed a 1-year deal with the team after seeing how committed they were to developing their young talents.

"I've seen them really focus on their younger players and I hope I can be successful there as well," says Anton Gustafsson.

This season Gustafsson has been playing with Bofors in the Swedish second league. Though injuries to his back and one knee have limited him to only 25 games, he has collected ten points (six goals, four assists). He will transfer over immediately and finish the season with Frölunda's top junior team, currently in the playoffs. He will join Frölunda as soon as pre-season training.

Frölunda has had at least four or five junior players up with the team for the duration of the season and their current playoff run is no exception. Defensemen Philip Larsen and Erik Karlsson alongside forwards Lars Eller, Joakim Andersson and Nicklas Lasu are all part of the push, a fact that Anton Gustafsson uses as extra motivation for next season.

"My current goal is to play in the Swedish Elite League," he says.

"It's up to Anton if he manages to secure a spot on the team or not. He's a great talent with good physicality and powerful skating. We'll see when he gets his chance, he just needs to keep working hard." 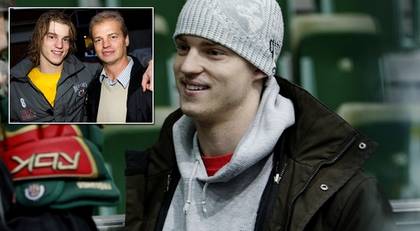