[Rage's employers have decided to block this site, so he passed along this breakdown of "The Sequel" via an email entitled "Here's the goal, Jaworski style." Enjoy]

Roman Hamrlik races up towards his own blue line to gather a loose puck resulting from a pass that got away from him and out of the zone. Hum dee hum, just a regular day on the ice. No big deal. 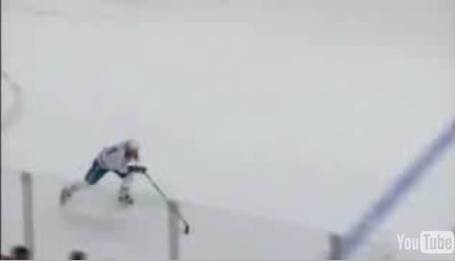 Alex Ovechkin streaks in, Hamrlik freezes as he gives up on getting to the puck.  "Oh crap, who’s that guy? Ovechkin. Oh crap." 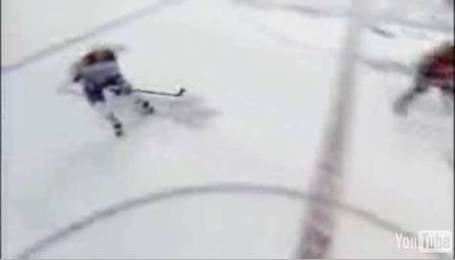 Ovechkin realizes this. This is the most brilliant part of the play.  He starts to turn knowing that he can probably play the puck off the boards, and thus needs to be facing forwards. The screen grab below is after Ovechkin has initially played the puck (hence why Hamrlik is turning around). 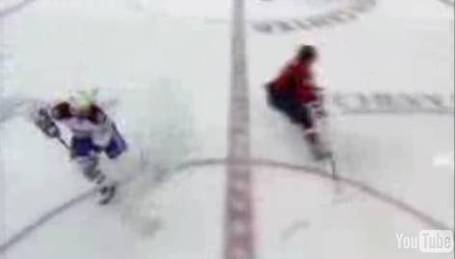 You can’t really see the puck but it’s basically just above and to the left of Ovechkin’s knee.  Notice how Hamrlik has the gait of one who just got tooled by the greatest hockey player since Lemieux/Gretzky.  Kyle Chipchura is the Hab on the right. His ruling is still to come. 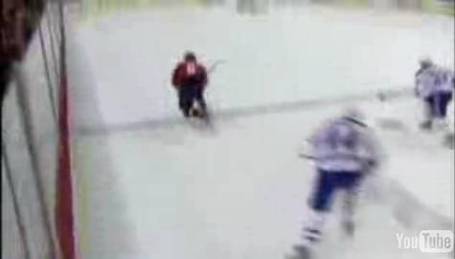 Chip prepares to engage Ovechkin, but Ovie has the inside edge and is so much stronger than the majority of the NHL that he will be difficult to knock off his path.  At this point it’s 100% that the outcome is either a goal or a penalty.  Notice how Ovie is cradling the puck with his LEFT HAND here.  Away from the reach of the d-man. 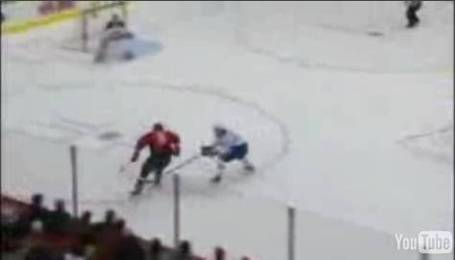 So the defender engaged Ovie, lost the angle as I mentioned above, and Ovie still has the puck.  At this point, Carey Price, Chipchura and Mathieu Dandeneault (on the right) are saying "oh s**t oh s**t oh s**t". 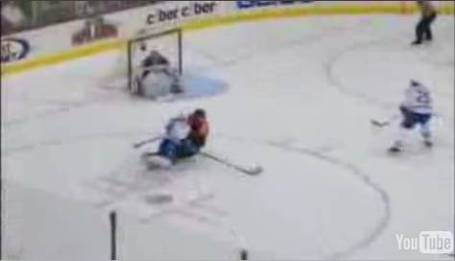 Look at Ovie’s legs.  Look at Carey Price’s positioning.  Ovie at this point plays the puck and beats Price before sliding into him.  Also, Chipchura has officially been ruled at this point. 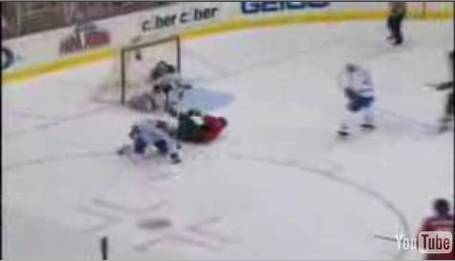 LOOK AT THE CARNAGE. DEAD BODIES EVERYWHERE.  (You can see Ovechkin’s hand in the air in front of Alex Semin.  He is sitting on his bum with his legs out in front of him, as if he was drinking a mojito on the beach.) 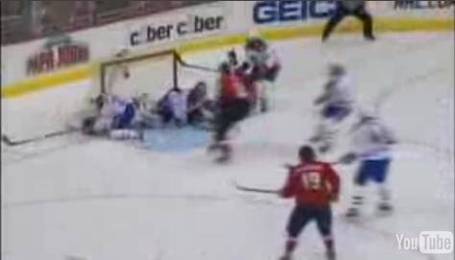