After such an epic night, no one (except perhaps for poor Quintin Laing -- but nobody wants to see that card) deserves to be enshrined in a hockey card more than Matt Bradley. Yes, he tied (at best) his fight, but it's what it meant to his teammates, the fans, the guy who has to scrape blood off the ice, and Henrik Lundqvist that is what we should remember, and celebrate. So I present... the Matt Bradley Rejected hockey card: 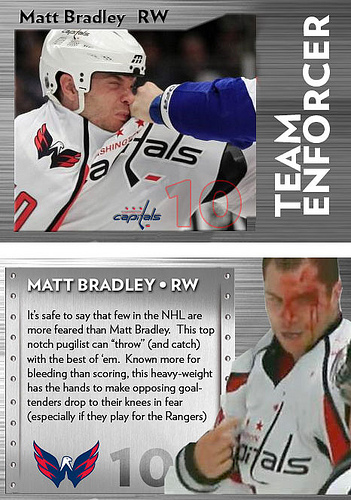 (not up to my usual standards, but it's a rush-job).