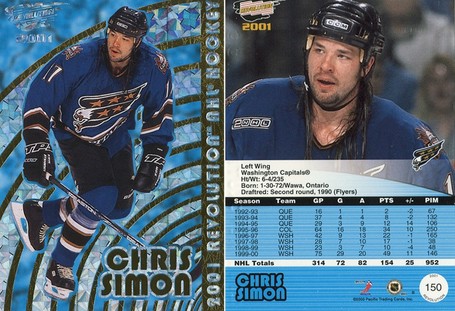 Acquired from Colorado with Curtis Leschyshyn for Keith Jones and Washington's 1st (Scott Parker) and 4th (later traded back to Washington - Krys Barch) choices in the 1998 Entry Draft, Nov. 2, 1996.