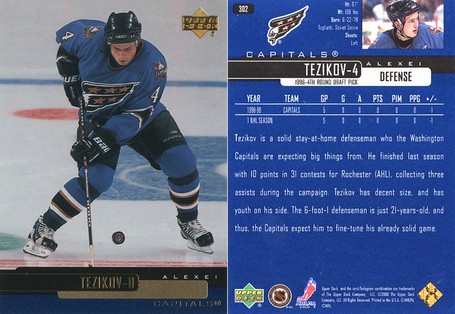 Traded to Anaheim with the Capitals' 4th choice in the 2001 Entry Draft (Brandon Rogers) for Jason Marshall, March 13, 2001.