Backstrom: We Are A Good And Hungry Team

Share All sharing options for: Backstrom: We Are A Good And Hungry Team

Innumerable thanks to Gavlegirl for stalking, err, tracking down Nicklas Backstrom for an interview earlier this month in his hometown of Gavle, translating and transcribing the chat, and sending it along to us for publication. 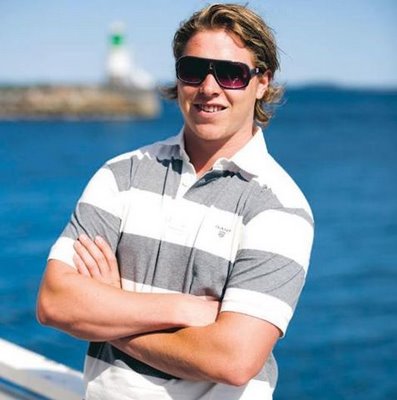 Q. What has your practice schedule been like this summer?

A. Well, the team and Bruce [Boudreau] give us players alot of responsibility when it comes to training - "freedom under responsibility" - and if I would let myself go... I don’t think George [McPhee], Ted [Leonsis] or Bruce would appreciate it if I didn’t practice on my own. I have spent hours with the guys from Brynäs working out in the gym and since the beginning of August we have been practicing on the ice too. I think I will be in good shape when training camp come and I can’t wait until I see the guys in Washington again.

In the beginning of August Nick played with the Swedish charity team "Icebreakers" and was on a line with Peter Forsberg and Fredrik Sjöström (New York Rangers). They played two games, the first against the Swedish Elite League team Luleå (who they beat 11-4, with Nick getting three assists), and the second against the Finnish charity team "Läkerol Dark Stars/TPS Åbo" (which ended in a 5-5 tie). He has also been practicing with his former team, Brynäs IF (pictured), mostly working on strength and endurance. 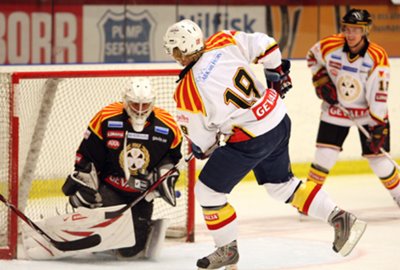 Q. You won gold in the 2006 World Championships with Sweden. What are your thoughts about it?

A. Amazing... It was like a dream come true.

Q. What would be the next dream for you?

A. Winning the Stanley with Washington. We are a good and hungry team on the rise and we are still young. But it is a long way to go and you need some luck on the way too.

Q. Do you think Washington Capitals has a chance to win Stanley Cup, or would you want to switch to any other club with a better chance to do so?

A. I DON’T want to play anywhere else in the NHL. Washington is my team. [Ed. note: emphasis in the transcription... sounds like a forceful answer.]

Q. Would you like to play in the KHL?

Q. Last question, do you have any girlfriend?

A. No, I am single. You know, I am only twenty so that can wait. I want to focus on improving my hockey skills for now. 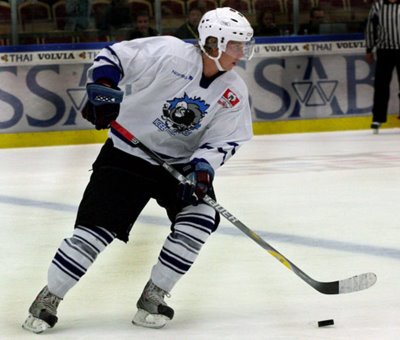