Alex Ovechkin received 128 of 134 first-place votes for the Hart and a total of 1,313 points. Evgeni Malkin finished second with one first-place vote and 659 total points.

Oh, and Ovechkin was named to his third consecutive NHL First All-Star Team, becoming the first player since Terry Sawchuk in the early 1950s to accomplish that feat in his first three seasons in the League (he received 133 of a possible 134 first-team votes in the balloting by the Professional Hockey Writers’ Association, presumably because some Detroit writer has a man-crush on Henrik Zetterberg).

For what it's worth, Cristobal Huet finished eighth in Vezina voting and Mike Green finished seventh in Norris voting. 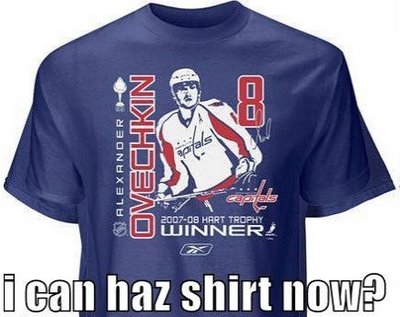