Yesterday we mentioned that Jaromir Jagr has been offered a ridiculous sum of money to play next season for Avangard Omsk, a member club in the newly fortified KHL and one of the teams for which he played during the NHL's lockout.

Apparently in addition to throwing cash at the former superstar, J.J.'s suitors penned and had performed a ballad in his honor, a copy of which we managed to obtain. Have a listen:

You've got to hand it to Avangard - they sure do know Jagr. 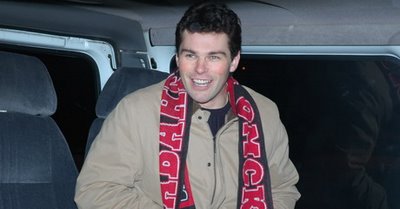 For the record, the song above appears on a CD of children's lullabies. Nice.