If I told you that one of the Caps' Russian superstars was at one time engaged to a mediocre, young female tennis player, you'd think nothing of it - the whole world knows about Sergei Fedorov and Anna Kournikova's history.

But if I told you I was talking about Alex Ovechkin, that might be news. 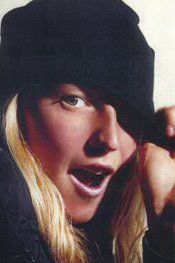 According to The Charlottesville Daily Progress, Olga Puchkova, the No. 2 seed at this week's Boyd Tinsley (of Dave Matthews Band fame) USTA Women's Pro Tennis Championships, "says she was once engaged to Washington Capitals superstar Alexander Ovechkin."

I knew plenty of the younger Russian NHLers had idolized Fedorov growing up... I guess I just didn't know how much.