The Eagle And The Chicken

Share All sharing options for: The Eagle And The Chicken

I'll leave it up to you to decide which is the more intimidating bird (hint: not the chicken), but Cristobal Huet will be wearing both at the World Championships. Unfortunately for Huet, he's also be playing behind this group of clowns, a D-corps that allowed 48 shots against (four got by Cristo) in their loss... to Switzerland.

Noted Huet, "This was probably the toughest game for me all season. I haven’t faced that many shots all year."

And it won't get any easier, either - next up for Les Bleus, Nicklas Backstrom and Sweden. 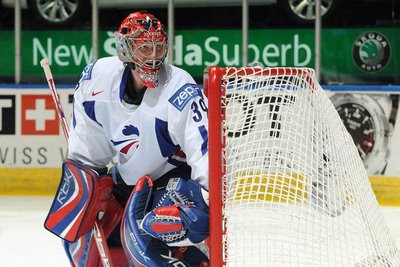