Alexander Semin tied the game at one, Sergei Fedorov tied it at two and Alex Ovechkin won the game with six ticks left in the third period.

Sounds like a pretty sweet Caps game... or a huge win for Russia in Group E play at the World Championships.

Thanks to Kyle for passing along the following clip of AO's game-winner, and be sure to check out the still that follows - three Caps are in the picture, but the third ain't Fedorov. 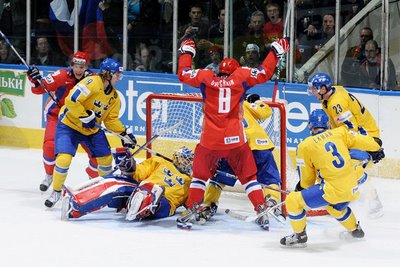