Share All sharing options for: A Quick Pre-Game Prayer

While you're in town and I've got your ear, I'd like to ask a favor. Now, I'm not Catholic, but I was wondering if you could take a quick second and have a word with the big guy and ask him to help Bruce Boudreau come to the realization that John Erskine has no business being on the ice in this series.

Doesn't Gabby realize that Erskine had the worst penalties drawn per sixty minutes of ice time of any defenseman in hockey with at least twenty games played this past season? In a series that matches up the League's second-ranked power play against the its 25th-ranked penalty kill, it's only a matter of time before that costs the Caps, and his slow feet already have (on the R.J. Umberger game-winner in Game 2).

I understand that Erskine brings a physical element to the blueline, but where has that been?

Which brings me to my next point - I'm not sure what Steve Eminger has to do to prove he's deserving of Erskine's minutes. He has a better penalties-drawn-to-penalties-taken ratio than Erskine, a better takeaway-to-giveaway ratio, and, most importantly, the Caps are 15-5-1 with him in the lineup. I mean, Jesus, err, jeez.

Anyway, I'm not going to ask for your help in tonight's game - the Caps have something similar to divine intervention of their own. But if you could provide some assistance in either guiding Gabby's pen or Erskine's skates, I'd appreciate it. 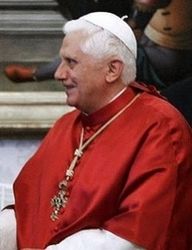