Despite a fairly awesome arsenal of firepower, the Caps aren't exactly known as a team that's going to storm back from a third period deficit, much less a two-goal third period deficit. In fact, the Caps had the second fewest wins in the NHL when trailing after two periods this past season, and an abysmal 1-25-2 record in such situations (and last season wasn't much better at 2-36-3).

Some thoughts on the game: 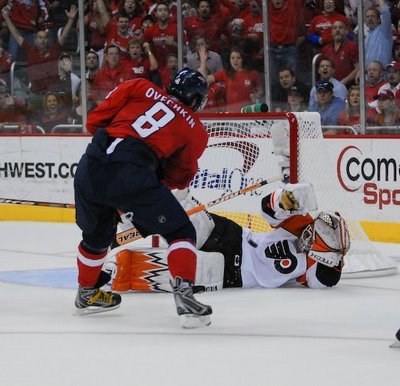 One down, fifteen to go. See you Sunday.