T-Minus One Hour To Splashdown

Share All sharing options for: T-Minus One Hour To Splashdown

With tonight's all-important Southeast showdown with the 'Canes, be on the lookout for perhaps the divingest diver of them all. No, not him.

This guy (he's even in his old-school swim trunks!): 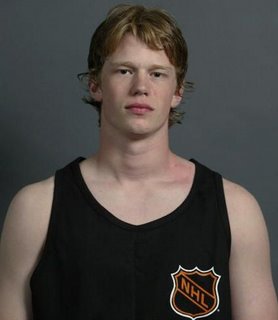 Here's what Buffalo head coach Lindy Ruff had to say of Eric Staal's histrionics just over a week ago:

"I was concerned with the diving in the last game in Carolina [an overtime loss March 8] when all of a sudden we had eight penalties against us," Ruff said. "[Staal] is a big man that I feel doesn’t need to go down as many times. I’ve seen enough games where he’s gone down where I just feel they’ve got some guys who embellish.

"I’ve said it in the past and I’ll say it again. I’m not going to duck from it. I thought they were embellishing some of the plays on the ice. I let the referee know and I let [Staal] know at the same time."

Eh, just an isolated case of a losing coach working the refs, right? Maybe. But Panthers' bench boss Jacques Martin has also raised the issue (repeatedly, in fact), and it actually paid off for him earlier in the year (for more on the 'Canes and Cats history on this point, click here).

Now, to be fair, Staal hasn't been whistled for a single diving penalty yet this year. That, of course, doesn't mean he's innocent... just that he hasn't gotten caught.

Let's hope the issue doesn't have cause to pop up again tonight.