How Not To Make The Playoffs

Share All sharing options for: How Not To Make The Playoffs

1. the position or function of a leader: He managed to maintain his leadership of the party despite heavy opposition.
2. ability to lead: She displayed leadership potential.
3. an act or instance of leading; guidance; direction: They prospered under his leadership.
4. not taking a friggin' triple minor with under seven minutes left in a 1-0 game: Donald Brashear displayed a stunning lack of leadership on Saturday afternoon.

Brash should've had the "A" ripped off his sweater before he even made it to the locker room after the game.

Update: "Brash's penalties were dumb," Washington coach Bruce Boudreau said. "A guy that's been in the league that long should know that."

Update: H/t to DMG for pointing out an interesting fact - see if you can pick it out from the bio of one of today's referees: 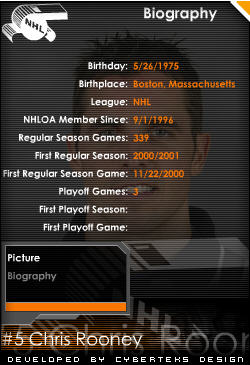