Share All sharing options for: Thursday Roundup/Panthers 2, Caps 1 (SO)

Well, the initial adrenaline rush that accompanied the coaching change has worn off leaving the same Caps team trying to learn a new system. The result? What we saw Wednesday night. A few thoughts on the game: 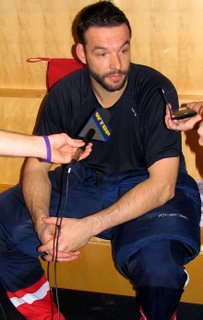 Next up, the Hurricanes in Raleigh on Friday night. Then the Panthers. Again.