Well that sure was nice, wasn't it? Any time you can go into the defending Division Champ's building on opening night with your number two goalie in net and your number two offensive weapon back home and leave with two points, it's a truly beautiful thing. A few thoughts on the game: 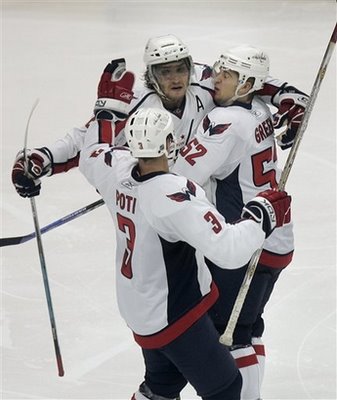 Next up, Carolina, who comes to D.C. for tonight's game after pasting the Pens last night. Hopefully they're primed for a bit of a let down... and hopefully the Caps aren't.