I've been to the Louvre. I've been to the Grand Canyon at sunset. I've even sat through an entire Jessica Alba movie. So you can believe me when I tell you that the new HD Scoreboard at the Verizon Center is one of the most beautiful things I've ever seen in my life (Capital Fanatic has a nice picture of it, but pictures can't do it justice - it's something you need to see in person).

Of course, beneath that glorious manvention they played a little hockey last night, so here's a quick take on some of what went down: 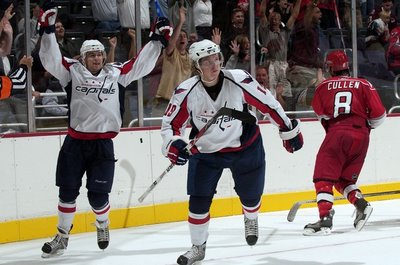