First their dollar catches up to ours, then their capital beats ours on the ice.

There was some good and some bad coming from Thursday night's affair between the Caps and Sens, so let's dive right in: 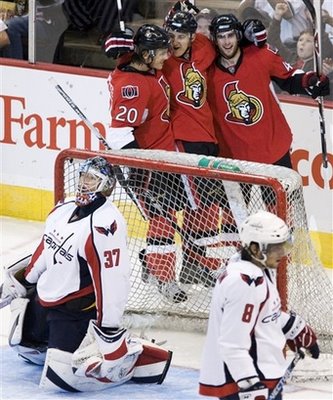