On a gorgeous Fall day like this, one almost feels bad about spending time inside. 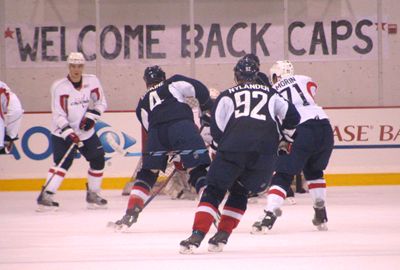 Today's practice was highlighted by a scrimmage between Groups B (the Freddy Cassivi group) and C (the Olie Kolzig group), while Group A (the Brent Johnson group) practiced on the public rink.

While we all know that line training camp line combos are mostly meaningless, here are today's scrimmage lines, for what their worth (and because I know you want to know):

A few notes from the scrimmage: 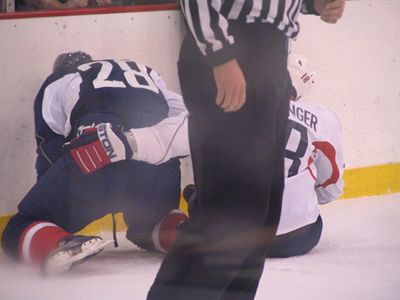 Finally, on the way out I got a shot of Brent Johnson in his new gear (including his new mask - click the pic to enlarge): 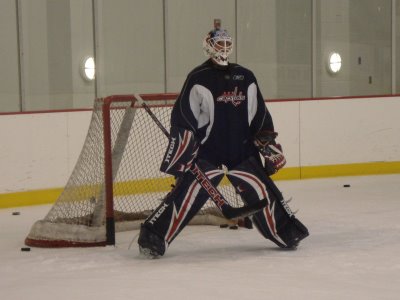 First two photos by Ken, last one by JP