I didn't get a chance to listen to the game last night (I was off breaking my Yom Kippur fast), but have a few thoughts this morning after a look at the box score and a perusal of the intertubes.

But before we get started, what's up with the streak of lightning on the pants? 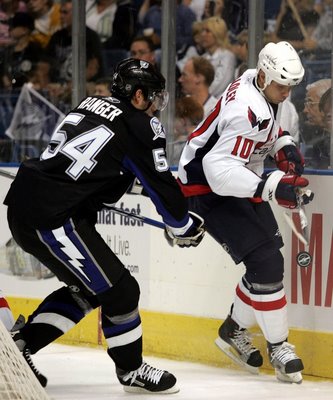 I never thought I'd have reason to have a "least favorite pant" in the League, but congrats to the Bolts on providing one for me (though they could be worse, I guess). Alright, on to the game:
For much more on the game, check out Vogs' recap. And here's hoping Dan Boyle has a speedy recovery - he's an integral part of my fantasy team.