Want to know more about the Caps' first pick, defenseman Karl Alzner? Here's his profile from the Media Guide (and here's the profile of him I did over at The FanHouse):

Central Scouting Report: A skilled stay-at-home defenseman with good skating ability… is calm under pressure and composed with the puck… has good positioning and reads the play well… has a strong shot from the point… wins battles along the boards and in his own zone… needs to improve his acceleration and his ability to change tempo throughout the game. 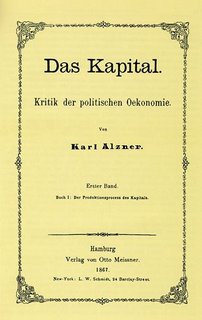 Hockey Profile: Named a 2006-07 Eastern Conference Second Team All-Star after finishing the season with 47 points (8-39-47) and a plus-16 rating… was a member of Team Canada’s gold medal-winning team at the 2007 World Junior Championships in Sweden – helped Canada win their third straight gold medal with six consecutive wins and only seven goals against in the tournament… selected as one of 40 draft-eligible players to play in the 2007 CHL Top Prospects
Game… in the 2006 Canada-Russia Challenge, competed for Team WHL in the two game All-Star series against Team Russia… had a plus-14 rating along with 24 points (4-20-24) in 70 games during the 2005-06 season with the Calgary Hitmen... was Calgary’s Scholastic Player-of-the-Year in 2005 and 2006 – award is based on a combination of academic and hockey achievement …won a gold medal with Canada at the 2005 Under-18 Junior World Cup… played his minor hockey for the Burnaby Winter Club and was named the B.C. Minor Hockey Player of the Year in 2002.

Personal Profile: Nickname is Al … patterns his game after Detroit’s Nicklas Lidstrom and Anaheim’s Chris Pronger because they have "lots of poise"… wears jersey #27 because of his favorite player, Scott Niedermayer of the Anaheim Ducks… names his parents as the most influential people in his career – "they signed me up and carted me everywhere I needed to go"… has too many pregame rituals to mention… playing in the 2007 World Junior Championships with Team Canada is the most memorable moment in his hockey career because there is "so much hype and it’s a big tournament"… most memorable hockey game watched: 2005 World Junior Championship gold-medal game – Canada beat Russia 6-1; "it was awesome and made me want to play [in the tournament]"… favorites include: Vancouver Canucks and Toronto Maple Leafs (NHL teams), "slap shot low glove" (shootout move), Laguna Beach (TV show), Hook (movie), Owen Wilson (actor), Taylor Swift (country singer) and Pac-man (video game)… if he could have dinner with any three people he would invite: Scott Niedermayer, country singer Taylor Swift and actor Owen Wilson.