I've always liked the Kings. As a wee lad, Luc Robitaille was my favorite non-Cap. I had the "Hockey Night In California" poster with Wayne Gretzky in his white and black home sweater and shorts, barefoot on the beach hanging on my wall. I rooted for a mulleted-Barry Melrose's team to beat the Habs in 1993. And years later, the Kings gave my little brother a job that he kept for just under two-and-a-half years, which I believe to be a family record for Gen-Xers.

Fast-forwarding to the here-and-now, I like Alex Frolov, Anze Kopitar, Lubomir Visnovsky, Michael Cammalleri and Dustin Brown from the current Kings' squad, a team that I like even more since they traded away Sean Avery earlier in the week (I guess we'll have to wait an extra two days to see him in person not backing up his tough talk and stick-work).

All that said, the Kings can rot Thursday night when they visit the V.C. The Caps need a win and they need to score some goals - not necessarily for a playoff run, but for the team's collective psyche and perhaps for individual players' condfidences (I'm thinking of three players in particular who could use a goal or two, and they all wear numbers ending in "8"). One of those players (guess who), however, doesn't seem to be having any trouble with his confidence:

Asked whether he could guarantee a goal against the Kings, [Alex] Ovechkin joked: "I can't say 100 percent that I will score goal. But I can 99 percent."

The Kings, quite frankly, stink on ice. 78-year-old netminder Sean Burke has maybe perhaps possibly temporarily solved the team's goaltending woes, but as a team they still don't score a lot of goals, give up way too many, don't kill penalties and are absolutely putrescent away from home, where they find themselves on Thursday night in the middle of a five-game, ten-day road trip. And just how long has Sean Burke been kicking around the NHL? Well, the last time the Caps beat the Kings in Washington, Alex Ovechkin was 12-years-old. Burke, on the other hand, was finishing up his tenth year in the League. 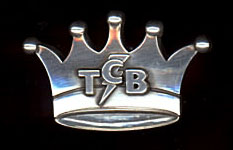