Because I Couldn't Find A "Jim Hrivnak: Vezina Candidate" Card

Share All sharing options for: Because I Couldn't Find A "Jim Hrivnak: Vezina Candidate" Card

Going through some not-so-old hockey cards yesterday, I came across this gem which made me laugh (admittedly not out loud): 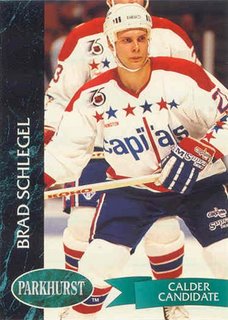 In support of his candidacy, Schlegel registered an assist in seven games for the Caps and was edged out for the 1992-93 Rookie of the Year trophy by Teemu Selanne, who finished a mere 131 points ahead of Schegel in the rookie scoring race.