Share All sharing options for: Top 11 Rookie Seasons Of All-Time

In case you hadn't heard, 2005-06 is the Year of the Rookie. Two drafts-worth of talent, a salary cap, new rules and a couple of the most talented number one picks in a generation have all conspired to make this year's crop of rookies among the best the League has ever seen, top to bottom.

But what about that top? With Capitals phenom Alexander Ovechkin "pulling away" in the rookie scoring race (though something tells me it will be anything but an easy race to win) and other rookie forwards (Sidney Crosby and Marek Svatos), defensemen (Dion Phaneuf) and goaltenders (Henrik Lundqvist and Ryan Miller) all putting up sensational numbers, one wonders where these seasons will stand relative to the great rookie seasons of all-time.

To put this year's rookies' numbers in context, The Rink has thrown together a list of the top eleven rookie performances in NHL history. Why eleven? Because leaving off a kid who started so quickly and shone so brightly among the best in the game would have just been wrong.

As always, this list is intended to spark debate and is by no means inclusive of all the great rookie seasons in NHL history. One thing is for certain, though: whoever wins the Calder Trophy (for rookie of the year) this year will have to be mighty impressive to make it onto this list.

So, without further ado, The Rink's Top 11 Rookie Seasons Of All-Time: 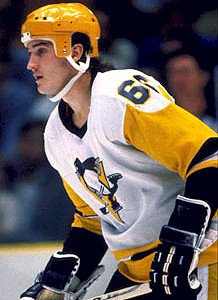 Entry Draft, "Super Mario" scored a goal on the first shot of his first shift in the NHL and there was no looking back. He would go on to rack up 43 goals and 100 points, be named All-Star Game MVP, selected to the All-Rookie Team and win the Calder Trophy.

10) Brian Leetch (1988-89) - The former Boston College Eagle still holds the record for most goals by a rookie defenseman (23) and tallied the second most points by a first-year rearguard (71) in his All-Rookie, Calder-winning season.

9) Joe Nieuwendyk (1987-88) - "Cornell Joe" scored 51 goals (including 31 on the power-play and eight game-winners) and added 41 assists for the Flames. He was named to the All-Rookie Team and won the Calder Trophy to round out a fine freshman season.

8) Larry Murphy (1980-81) - Murphy set the current assist (60) and points (76) records for rookie defensmen, but finished second to Peter Stastny for the Calder Trophy. 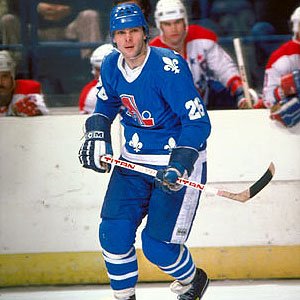 campaign saw him set the current rookie record for the most assists in a season (70, later tied by Joe Juneau) and the former rookie record for the most points in a campaign (109), which stood for more than a decade. Highlights from the middle Stastny brother's Calder-winning season include hat tricks in back-to-back games and an eight point game in the second of those two on February 22, 1981 against some team from the D.C. area.

6) Dale Hawerchuk (1981-82) - "Ducky," taken first overall in the 1981 Entry Draft, made an immediate impact, both individually (with 45 goals, 103 points and the Calder Trophy) and for his team, the Winnipeg Jets, whose 48-point improvement over the previous season is still the largest single-season turn around by an NHL team.

5) Mike Bossy (1977-78) - The New York Islander rookie set a then-rookie record for goals with 53 and notched 91 points while finishing +31 for the season - all good enough to win the Calder Trophy and be named to the NHL's Second All-Star Team.

4) Terry Sawchuk (1950-51) - "The Uke" played every game for Detroit in his rookie year and led the NHL in wins (44) and shutouts (11), winning the Calder and being named to the named to the NHL's First All-Star Team along the way. The man this list nearly forgot (see comments) was the first man to be named rookie of the year in three different Leagues (the USHL, AHL and NHL).

3) Patrick Roy (1985-86) - "Saint Patrick" was somewhat mortal during the regular season, as he went 23-18-3 with a 3.35 goals againt average and a .875 save percentage and made the All-Rookie team, but didn't win the Calder - Gary Suter did. But Roy would have the last laugh (or at least the best laugh) as he got white-hot, going 15-5 with a 1.92 goals against average and leading the Habs past Suter's Flames in the Stanley Cup Finals. For his efforts, Roy was awarded the Conn Smythe Trophy as the playoffs' most valuable player.

2) Teemu Selanne (1992-93) - "The Finnish Flash" set current rookie records for most goals (76) and points (132) and led all rookies in power-play goals and game-winning goals en route to the Calder Trophy. Selanne was also an All-Star, an All-Rookie team member and a member of the NHL's First All-Star Team in his jaw-dropping rookie campaign. 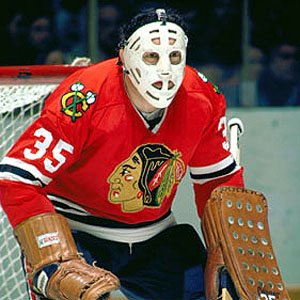 Montreal in the Intra-League Draft earlier in 1969, Tony "O"'s first full year in the NHL was full of wins (a 38-17-8 record), shutouts (15, the most by a rookie and second most all-time), saves (a 2.17 goals against average) and hardware (Esposito won both the Calder and the Vezina Trophies, becoming the first rookie to win the latter since Frank Brimsek in 1939).