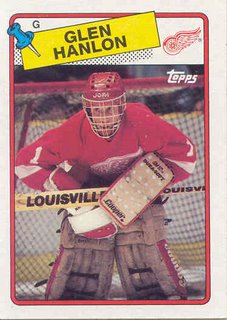 It's always a joy to go to the MCI Center when the Red Wings come to town just to see how many Wings "fans" come out of the woodworks. And there's hardly a bandwagoner among them. No sir. These folks are old school Wings fans. We're talking Sergei Fedorov-era Wings fans. Heck, go tonight and you might even see an Igor Larionov jersey (representin' the 313, yo!). John O-who-nick? Never heard of him. But that's alright. Let them enjoy the Steve Yzerman Farewell Tour's stop in D.C. and reliving the past while we enjoy our nightly look at the future.

Today's WaPo discusses the Caps' awful special teams and how they seek to remedy the problems (which begs the question - when the Caps scrimmage the power play against the penalty kill in practice, which squad is successful?). The WTimes has a similar story, and for some opposition flava, the Detroit News says some nice things about Alex Ovechkin, as does the Freep. Needless to say, with the Wings coming into the game with the top-ranked power play in the NHL, the key to tonight's game for the Caps will be staying out of the box. Then again, that's the key every night, isn't it?

In other NHL news:
Daily Awards