Bondra Could Return To Caps

Share All sharing options for: Bondra Could Return To Caps

Dave Fay reports this morning that the Caps have extended a contract offer to rightwing Peter Bondra. It would only be fitting for the franchises all-time leading scorer to finish his career in Washington, but the 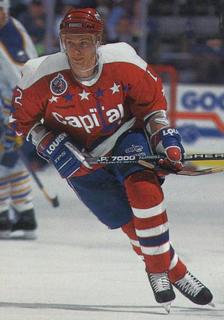 Slovakian sniper still has more than a couple of goals left in his twig, and one wonders how competitive the Caps offer actually is, with potentially-contending (or at least high-spending) teams like Florida, Atlanta and San Jose also interested.

Another interesting note from Fay's column is that "The Caps apparently have [5'7" rookie Chris Bourque] tentatively set for one of the top two offensive lines in Washington or the top line in Hershey in the American Hockey League." To put Bourque's lack of size in perspective, Martin St. Louis is listed at a full 2 inches taller and Theo Fleury is just an inch shorter. As those two players have proven and continue to prove, size is not necessarily an indicator of NHL success, but for someone that small to be a top six forward on an NHL squad, he's got to be a pretty special player. Apparently the Caps think that Bourque is one such player. We hope they're right.